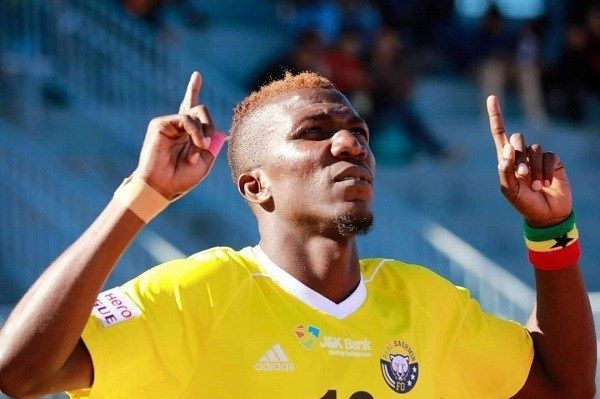 Ghanaian striker Abednego Tetteh showed fine form over the weekend and ended up netting a brace for his Trau FC as they cruised to a 2-1 win against Tiddim Road Athletic Union in a friendly encounter.

The two clubs are preparing for the start of the I-League which is a co-existent top-flight competition together with the Indian Super League (ISL) in India.

In a game that is expected to sum up the friendly matches before the commencement of the league next week, Abednego’s brace inspired the side to a comfortable win over Tiddim Road Athletic Union.

The former Bechem United forward is going into the new season on the back of a red-hot form after netting five goals in four matches in pre-season.