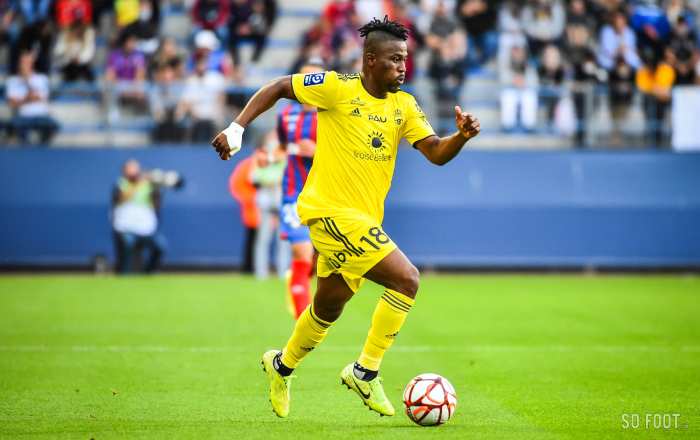 Former Ghana U-20 poster boy, Ebenezer Assifuah was on target for his FC Pau outfit on Saturday evening when the team defeated En Avant Guingamp 2-0 in France.

In what was a matchday 16 encounter of the 2021/2022 French Ligue 2 campaign, Ebenezer Assifuah started the game and scored with a fine effort in the 36th minute.

The striker excelled from there on and was a livewire for his team until the 63rd minute when he was replaced by Zakaria Naidji.

Fortunately for his team, they netted a second later in the game through the substitute to cruise to a delightful 2-0 win at the end of the contest.