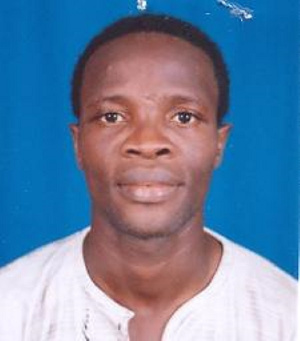 Former Hearts of Oak midfielder Adjah Tetteh has sheds light on the cancellation of the 2001 FIFA Club World Cup tournament.

The Phobians won their first-ever CAF Champions League in 2000 under coach Jones Cecil Attoquayefio after beating Esperance 3-1 on aggregate to win the continental showpiece.

The victory meant Hearts of Oak were to play at FIFA Club World Cup. But In 2001, the rainbow boys missed out on playing in the second edition of the FIFA Club World Cup in Spain following the collapse of FIFA’s marketing partner IS.

Tetteh sharing his thought about the cancellation of the tournament, he observed it affected his career plans of securing a club abroad.

According to him, he had received offers from abroad and for that matter, wanted to use the Club World Cup to showcase himself more to the world but has said it is unfortunate it couldn’t take place.

Speaking to Bryt FM, he said, “Ones the competition did not take place each of the qualified teams would make a case of winning it. So I believe we could have won it”

“Not playing in the club world cup dumped most of the player’s chances. A team brought an offer to sign me so I decided to use the tournament to showcase myself better to the club in order to increase my value”

“But in all I will say I am satisfied with my achievements in football” he concluded.