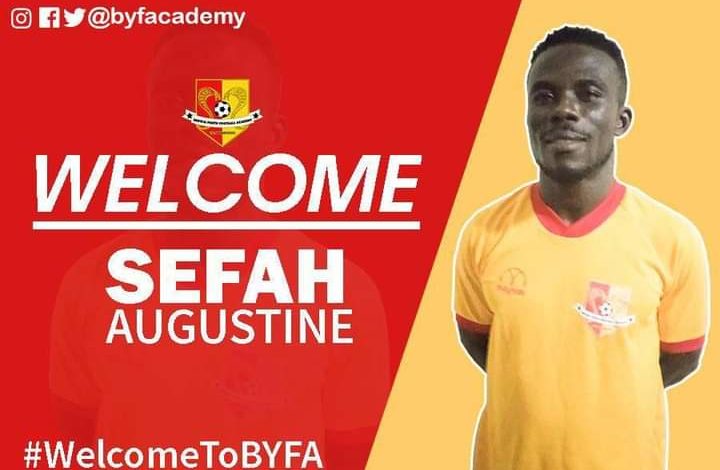 The experienced full-back became a free agent prior to the start of the 2020/2021 Ghana Premier League season when he was released by the Porcupine Warriors club.

Having stayed home for four months, Augustine Sefah has been signed by Division One League outfit BYFA.

“Welcome on board Augustine Sefah to Bekwai YOUTH Football Academy family, former Asante Kotoko player. He will be featuring in today’s game against Achiken Achiken FC at Gyamfi park,” a club statement announced on Wednesday morning.

Having joined the lower tier club, Augustine Sefah is expected to add quality to the team and will have a big role to play in the ongoing season where the team is pushing to gain promotion to the Premier League.