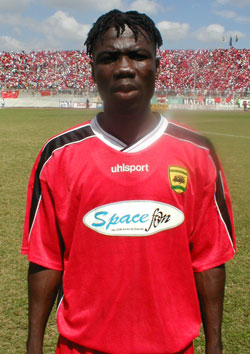 Former Asante Kotoko defender Joe Hendricks says the players are the reason behind the club's recent poor form in the ongoing league.

Kotoko have been struggling to grind results as they have gone eight games without a win.

For Hendricks, the players are not showing enough commitment.

“Kotoko is a traditional club and whenever the league is ongoing you must put on hold’ unscarred lifestyle living so has to enhance the club performance.

“During my time as the captain some of these things were happening and I alerted them of these happenings and subsequently things got better for the club,” he told Sportscrusader.com

He added: I don’t think it is the fault of coaches because we’ve had three coaches in almost a year and things are not changing, so they remain blameless. It is up to the boys to live a ‘clean’ live so as to cleanse the team and hopeful things will change.”