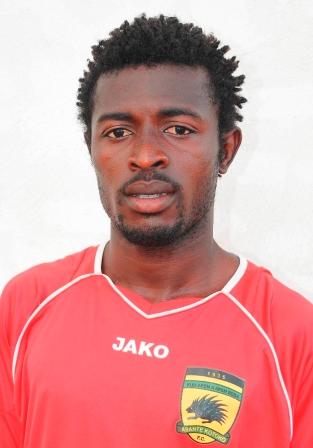 Former Asante Kotoko player Edward Affum says he is not ready to return to the Ghana Premier League. Affum is a free agent now after ending his Oman deal in the Middle East. The 26-year old who is currently on holidays in Ghana is said to be in talks with Kotoko and other clubs  for a move back to the top flight. But in an interview with Accra based TV Station GHone TV he noted playing in the Ghana League now is something he is not considering. “I am here for holidays, for now I am in talks with some Clubs outside the country,” he said. “I don’t want to return to the local League now, not now, maybe in the future.”