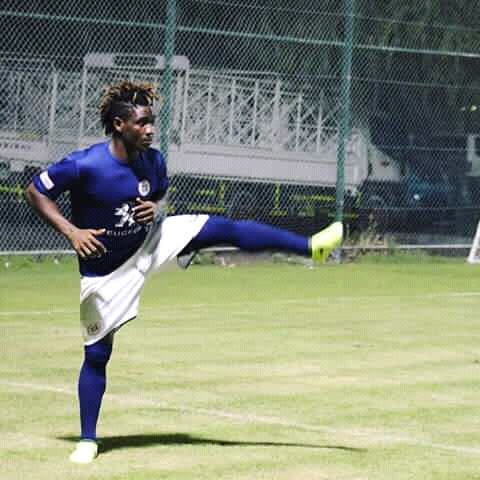 Former New Edubiase forward, Samuel Addo has issued a come and get me plea to Hearts of Oak and Asante Kotoko after confirming his readiness to play for the two giants.

The experienced attacker recently returned to Ghana after ending his stay at United Arab Emirate side Baynounah FC.

Speaking to Tru FM, Samuel Addo says he is open to playing in the Ghana Premier League. According to him, he will be honoured to wear the colours of either Hearts of Oak or Asante Kotoko.

“I am ready to play any For any GPL club if only they approach me with Good Offer because is our duty to take care of those orphans out there. I love both Hearts and Kotoko but if Hearts defeat Kotoko. It sometimes pains me small”, the striker said.

He continued, “To wear these two clubs Jersey not easy! the Spirit is high than even European Clubs but, I'm Liberty Professional fans because they have produced so many Stars for our National Teams”.

Meanwhile, Samuel Addo has listed Asamoah Gyan as his best player in the world after Juventus star Cristiano Ronaldo.