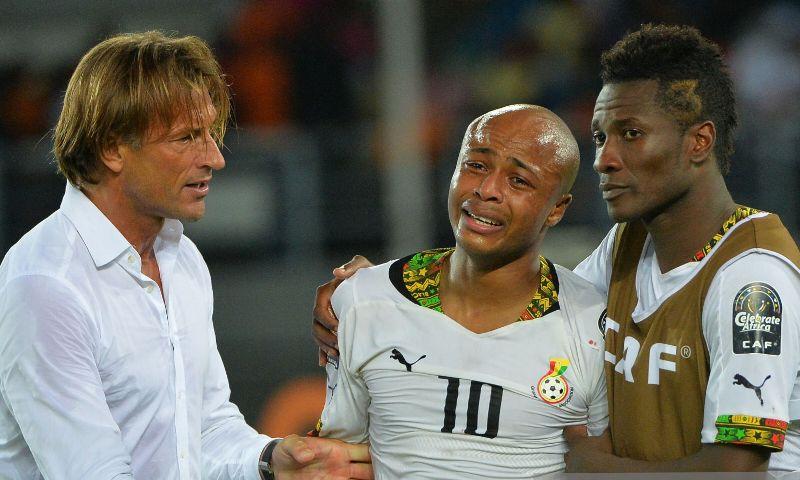 Saudi Arabia head coach Hervé Renard says former Sunderland striker Asamoah Gyan was lazy in training and was supposed to have had a better career.

Gyan, who is Ghana's all-time leading goalscorer with 51 goals worked with Renard in 2008 during the Africa Cup of Nations tournament held in Ghana.

The French trainer was assistant to then-head coach Claude Le Roy and reportedly took charge of the physicals in training.

Speaking in an interview with TV3, the two-time Afcon winner disclosed that Gyan could have had a better career if he worked harder in training.

"The quality of Asamoah Gyan was amazing. I was always impressed with his timing of headers. He was a very good goalscorer, fantastic player, amazing player." the former Ivory Coast coach said.

"But I have something to tell him. He was supposed to have a better career, but he was lazy.