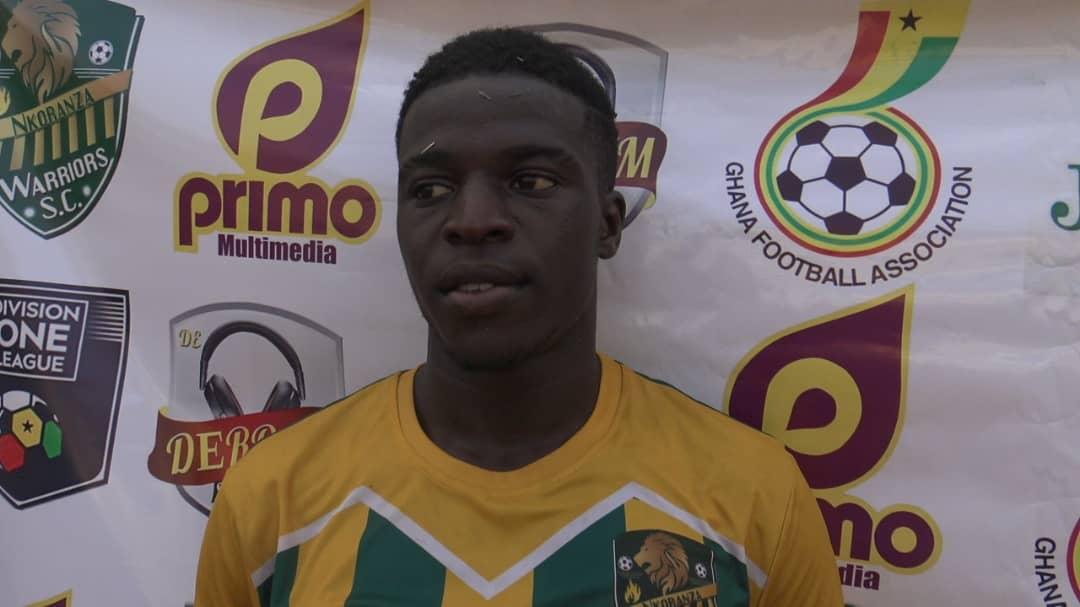 Ghana Premier League side Dreams FC have officially written to Division One side Nkoranza Warriors for the services of their top striker Isaac Mensah popularly known by football fans as Balotelli, Footballghana.com can confirm.

The Dawu based side wants to beef up their upfront when the league resumes and have set eye on the 17-year-old bulky striker.

Mensah, who has eight goals to his credit in the 2019/20 DOL and holds the record of scoring four goals in the on-going leagues (Premier league and Division One), achieved that mark in match week 11 against Yendi Gbewaa FC at the Aliu Mahama Sports stadium in Tamale.

Speaking to an insider of the lucrative and branded lower-tie Nkoranza Warriors, our sources found out that they have received an official offer and negotiations are have reached an advanced stage with a deal likely to be reached in the coming days.

Meanwhile, the Ghana Football Association has suspended all its competitions with immediate effect until further notice following the directives given by the President of the Republic due to the outbreak of the coronavirus pandemic.