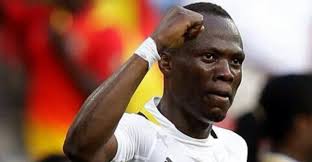 Ghanaian international, Emmanuel Agyemang Badu has revealed that he will enter into coaching when he finally hangs his boots.

The hardworking midfielder started his professional career with Ghana Premier League side Berekum Chelsea in 2007 and has since gone on to enjoy a good career with his national team.

He is currently spending a loan stint with Hellas Verona in the Italian Serie A from Udinese, a club he has been contracted to for the last 10 years.

Now 29 years of age, the former Ghana u-20 star has already made plans for life after football. Speaking in an interview, he has shared that he wants to become a coach when he retires.

“I want to help young people playing in Ghana. I would like to be a prosecutor or a coach, but now I want to focus only on helping Verona", Badu said.

He missed the first half of the Italian Serie A campaign but is in line for more playing time when the season makes a return this month.