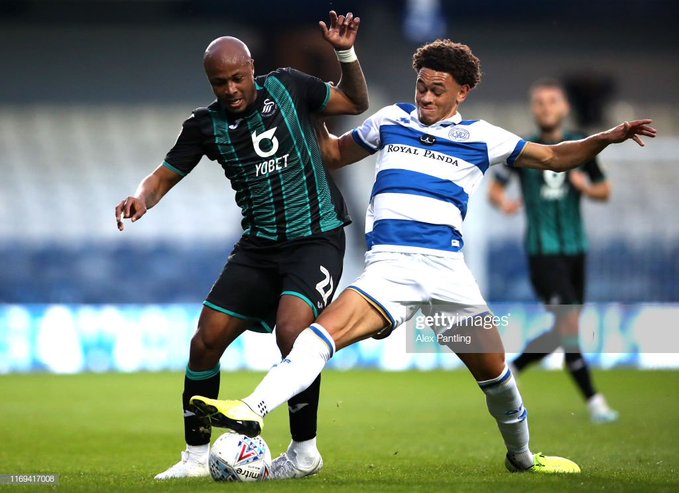 Ghana skipper, Andre Ayew is set to stay at the Liberty Stadium amid transfer speculations, Footballghana.com can confirm.

The 29-year-old has been consistently linked away from the club in the ongoing summer transfer.

However, the former West Ham forward was linked to several European clubs.

Ayew was used by the Swans, first against Northampton Town, where he scored a brace and then Preston North End.

The Swans boss, Steve Copper has reiterated the club's eagerness to keep the Andre Ayew as they fight for a return to the Premier League.

And Ghana's leading Sports online portal can confirm the U-20 FIFA World Cup winner is ready to stay at the club.