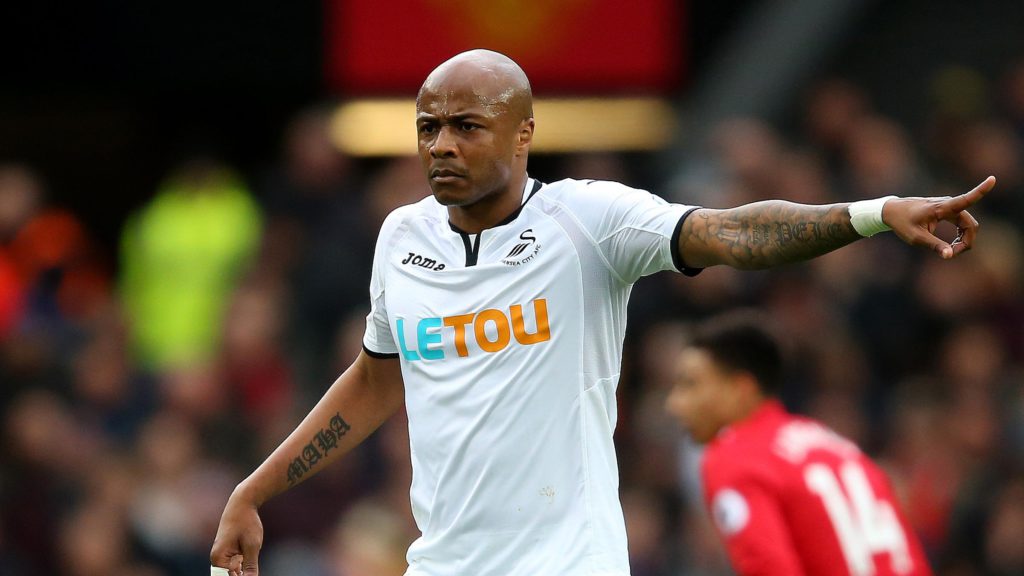 The manager was in charge of Turkish giants Fenerbahce when the Black Stars captain joined them on loan from Swansea City last season.

The impressive performance of the player during the loan spell convinced the Canaries to express interest in securing his services on a permanent basis despite the fact that no agreement has been reached up to date.

Fast forward to the start of the 2019/2020 season, the gaffer is in charge with Derby County whiles Ayew’s future remains uncertain.

Reports available to footballghana.com indicates that Philip Cocu is interested in the play and has suggested to his employers to try and sign him before the summer transfer window shuts.

The Rams who are targeting promotion into the English Premier League at the end of the season are in the market for a new attacker to fill in the void left by Liverpool youngster Harry Wilson.

Meanwhile, André Dede Ayew is reportedly interested in a move away from Swansea City and could reunite with Derby County if they step up their pursuit in the next couple of weeks.