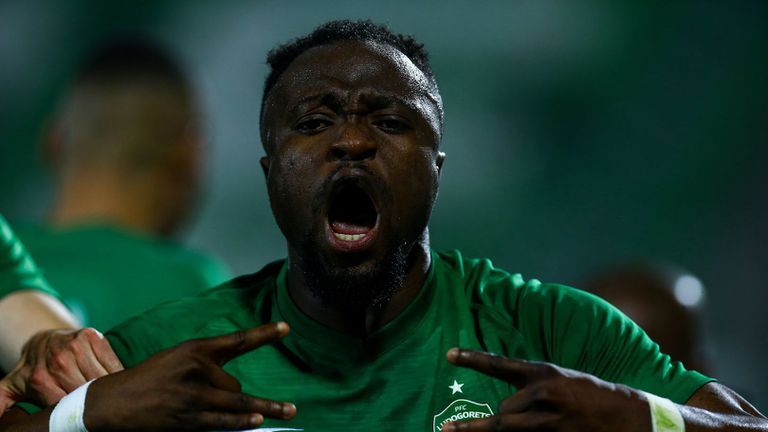 Footballghana.com can report that Dutch giants, Feyenoord are set to sign Bernard Tekpetey in the winter transfer window.

The Eredivisie side are preparing a 3 million Euros offer for the services of the Ghanaian attacking midfielder.

Talks are set to begin between the two parties and a deal could be signed after the World Cup is over, Footballghana.com understand.

Feyenoord tried signing the winger in the summer transfer window but a last-minute hitch forced the deal to be called off.

Tekpetey has been in red-hot form this season, scoring eight goals in 15 matches, and has been Ludogorets' livewire this season.

Despite his form he failed to make Ghana's squad for the World Cup, leaving many in the West African nation surprised.

The former Schalke O4 joined the Bulgarian giants in 2020 in an initial loan deal before inking a permanent deal a year later.

He has won two league titles with Ludogorets and could leave in the winter transfer window.

Despite his impressive form, he was overlooked by the technical handlers of the Ghana national team.