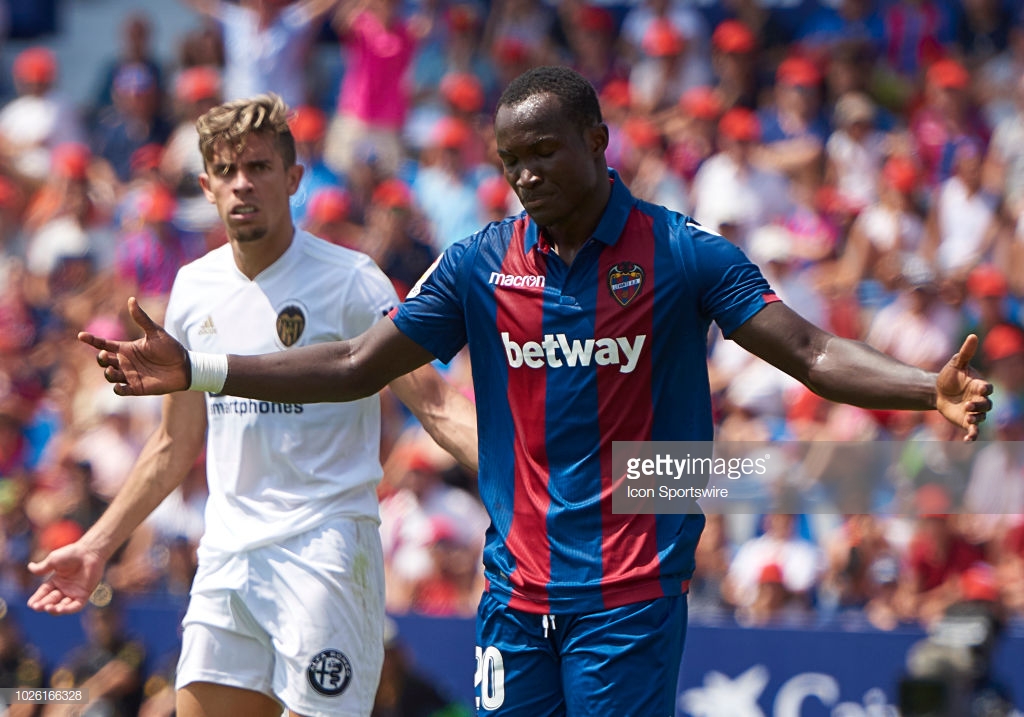 Swiss side FC Zurich are set to activate the buy-back option for Ghana international Raphael Dwamena from Levante, Footballghana.com can report.

Since joining the Spanish side last summer in a club transfer record, Dwamena has struggled to command a starting berth making only 15 appearances under manager Paco López, starting in just three of the games.

He played a combined 420 minutes in the 2018/19 season, scoring once and registering one assist.

The 23-year-old striker is likely to bring an end to his adventure in Spain as former club FC Zurich evaluates a buy-back option for him.

Levante have the option of selling him back completely to the Swiss side or send him on a loan expedition, first to the side and then any other European club.

In Zurich, the Ghanaian was lethal, scoring 56 goals in two seasons for the side before his big-money move to The Frogs.