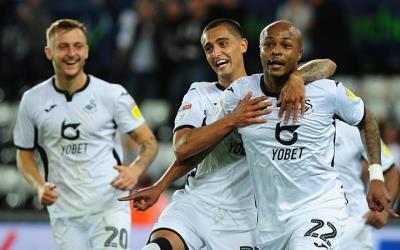 The Black Stars Captain recently returned to the English Championship side after sitting out of their entire pre-season due to his involvement with his national team at the 2019 Africa Cup of Nations (AFCON) tournament.

Upon his late return though, he has been a sensation for the lower division club in the ongoing League season as well as the English Cup competition.

His exploits look to have attracted interest from several clubs in Europe who are looking to strengthen their teams before the transfer window shuts.

According to reports, Werder Bremen is one of such clubs who have launched in big to secure the services of the left-footed attacker.

The deal is however understood to be in the balance because of the player’s £80,000-a-week wage bill.

Meanwhile, Italian Serie A side Sampdoria is looking to sign Dede Ayew on loan before the transfer window comes to a close.