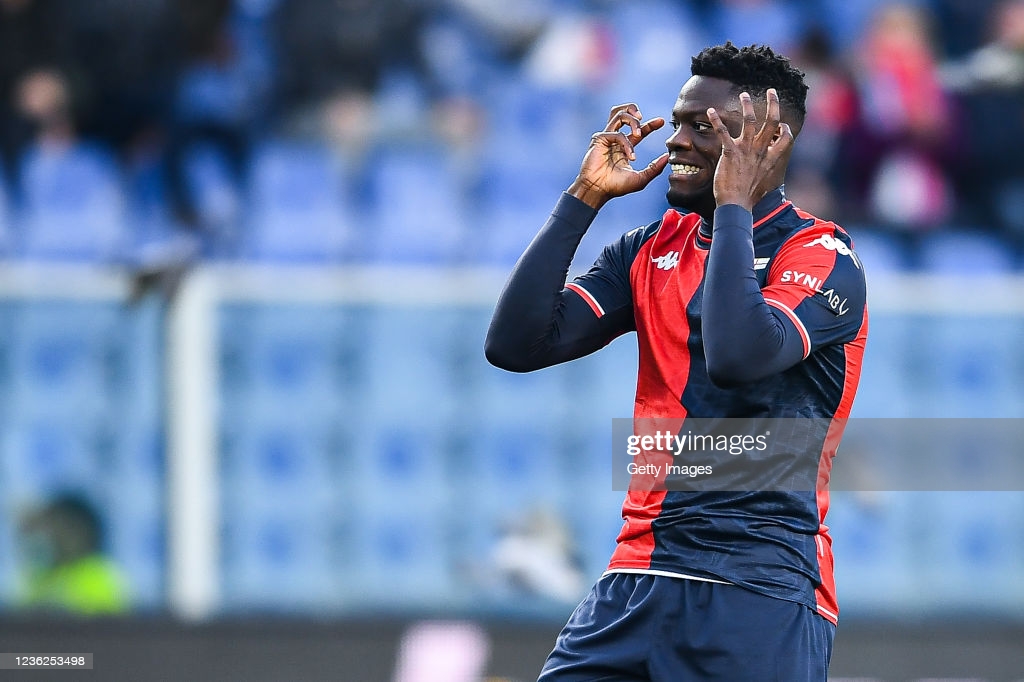 GENOA, ITALY - OCTOBER 31: Caleb Ekuban of Genoa reacts with disappointment during the Serie A match between Genoa CFC and Venezia FC at Stadio Luigi Ferraris on October 31, 2021 in Genoa, Italy. (Photo by Getty Images)

Striker Caleb Ekuban, who formerly played for Trabzonspor, is wanted by the Turkish side Konyaspor.

The 27-year-old footballer now plays for Genoa in the Italian Serie A.

The Black Stars striker, who is seriously struggling with Genoa, which is on the verge of relegation in the Italian league, is hoping for a good career in Turkey with a candle.

The player, who has played 869 minutes in 15 Serie A games, has participated in two Italian Cup games and scored one goal.

If Caleb Ansah Ekuban, who has a contract with Genoa until 2024, cannot be purchased, a loan formula may be used.

Ekuban scored 29 goals and had 18 assists in 103 appearances for Trabzonspor.

While the name of the experienced player who scored three goals in 11 Ghana National Team matches and was loaned to Leeds United twice was linked with Konyaspor, it was claimed that the transfer was completed at a rate of 70% and that the player was close to the green-white jersey if there were no problems in the details.