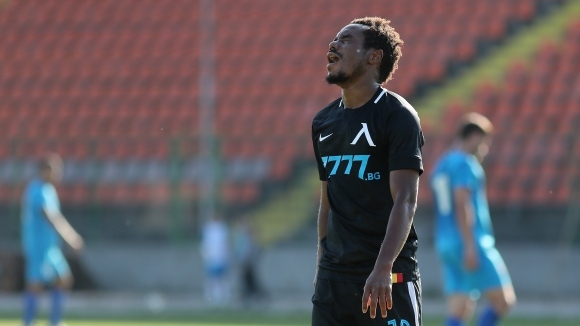 Levski are on the market, hoping to sell the winger to a different club when winter falls,  However, if they fail to sell him, he will be  retained by the club to avoid substantial penalties for early termination of the contract.

The wing has so far failed to acclimate to the team. He arrived after the Blue had started their Euro tournaments marking his debut against AEK  in Larnaca, which he enjoyed second half play but failed to impress.

After the meeting, Peter Hubchev revealed that he was disappointed with his performance. Because of this, he rarely resorts to his services, although a transfer amount has been paid to the player.

He only made 5 championship matches In all, Mohamed has a single whole match for the team - with a 5-1 success in the Cup of Bulgaria against Spartacus. He scored a goal in that match.

By winter, Nasir's chances to "pick up the stock" in front of Hubchev will not be much, after playing poorly and in a sparring match with the Pirin, which won 2: 1. In the check,