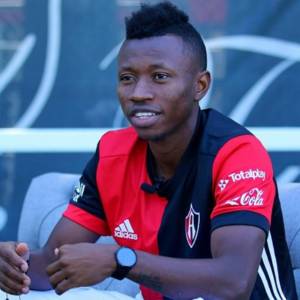 The 26-year-old joined the Liga MX side on loan from Club Tijuana in the January 2021.

His contract with the club elapsed last month and has been released by the Blue and White outfit ahead of the new season.

In a post sighted by Footballghana.com, Puebla FC confirmed the departure of Aboagye and expressed gratitude to the Ghanaian midfielder and wished him well in his future endeavors.

Aboagye was part of the Ghana U-20 squad that finished third at the World Cup tournament in Turkey 2013.

The former Inter Allies star has stints with Atlas Guadalajara, Queretaro FC, and others since leaving Ghana for greener pastures.