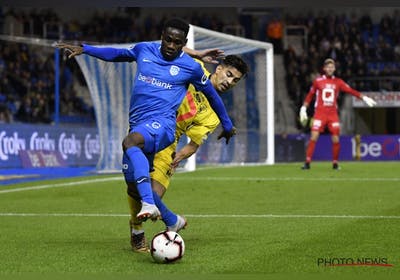 Manager Felice Mazzu named his 20-man squad for the game without the Ghanaian they bought for over $4m who was expected to light up the club.

Joseph Paintsil regularly had a basic place at the start of the season, but now that Theo Bongonda is fit, he appears less in the play.

The Ghanaian was dropped against Mouscron and Standard in the selection of the Limburgers in the Belgian league.

Paintsil has scored a goal and created just a single assist in 8 games in the Belgium top-flight league.