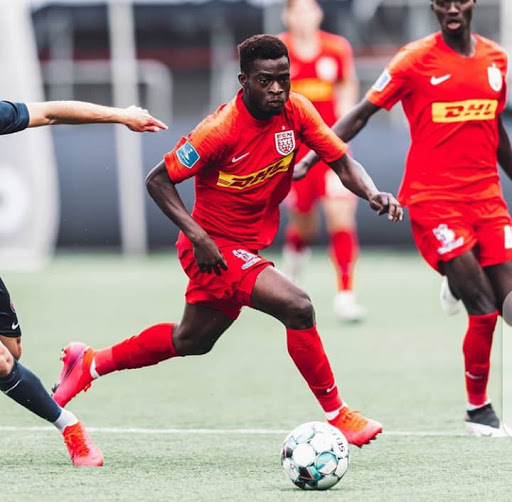 The FC Nordsjaelland forward has been impressive in the ongoing Danish League.

The 18-year-old has attracted a lot of interest from top European clubs following his outings in Denmark.

Dutch giants, Ajax Amsterdam was the first club to express their interest in the midfielder as a replacement for Quincy Promes who has rejoined Spartak Moscow in the short term deal during the winter transfer window.

However, the deal failed to g through with Sulemana now staying with the Danish club.

Reports available to Footballghana.com can confirm that the Premier League club are the latest club to join the race to sign the youngster during the summer transfer window.

Sulemana has managed to score four goals in his 13 game outings for FC Nordsjaelland. He was a part of the Right to Dream Academy and before joining the academies cooperative club in Denmark, FC Nordsjælland, in the winter 2020.

He signed a five-year deal with the club on his 18th birthday and got his debut for the club a week later.

The promising whiz kid is yet to make his competitive bow for Ghana at the senior national team level, the Black Stars.