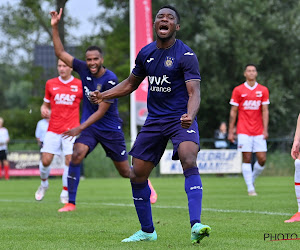 The Anderlecht graduate continues to compromise between the eleven and the substitute bench.

But his statistics seems not to be enough for the club and has been told to seek a new challenge elsewhere as he struggles to become a regular at Belgian side Anderlecht.

However, according to reports in the Scottish media outlet, Rangers is keen about signing Amuzu in the January transfer window as they search for speedster.

Meanwhile, Anderlecht have made it clear that the Ghanaian youngster exit is negotiable.