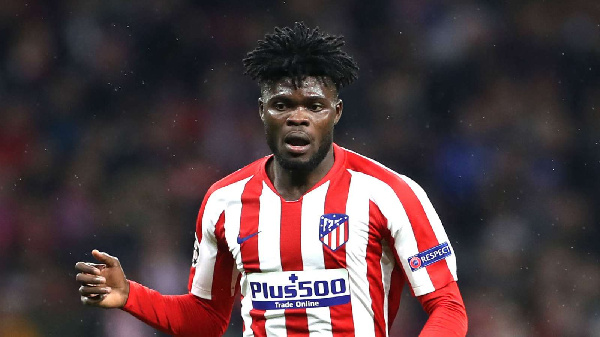 Diego Simeone heavily counts on Atletico midfielder Thomas Partey to continue featuring for Atletico Madrid but should he change his mind and leave, Marcos Llorente will serve as the replacement, footballghana.com can confirm.

The 26 year old has been in talks with the club to extend his contract for sometime and is close to agreeing a bumper new deal.

Some major European clubs are fighting for his signature however and that could cause a change of mind at some point and if he does, Marcos Llorente will get more minutes, something he has been lacking since signing for Los Rojiblancos.

Arsenal and Chelsea are said to be in the race for the Ghanaian midfielder due to his scintillating performances for the Spanish club in recent seasons.

Partey has been a key player for Simeone, playing 38 matches in all competitions this season.