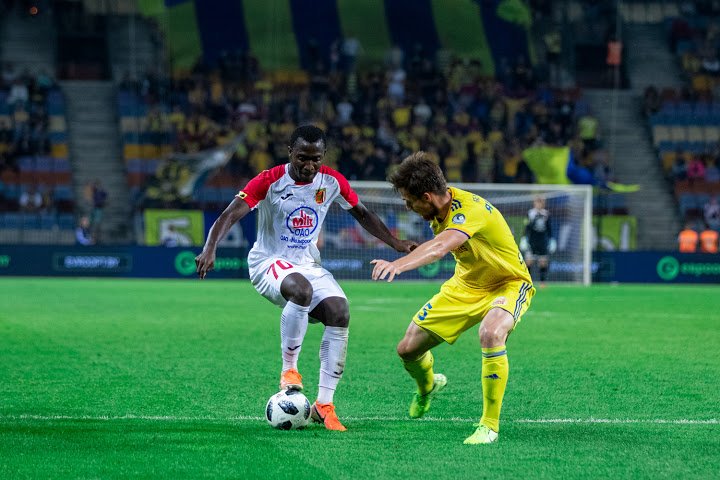 Slavia Mozyr forward Dennis Tetteh suffered a hamstring injury during his side's 3-1 defeat to Slutsk and is set for a scan on Monday to find the extent of his injury, footballghana.com can authoritatively confirm.

The 23 year old is seen as one of the key members of the team with Mikhail Martinovich once saying that "I always rely on him".

Tetteh was looking to make his mark in his first Belarusian Premier League game of the 2020/2021 season but he was hampered by the injury he sustained in the second half of the game. It happened during a run with a defender, footballghana.com understands.

He is however hopeful to get back into action as soon as possible.

Tetteh was outstanding for Mozyr in 2019, scoring two goals in nine games.