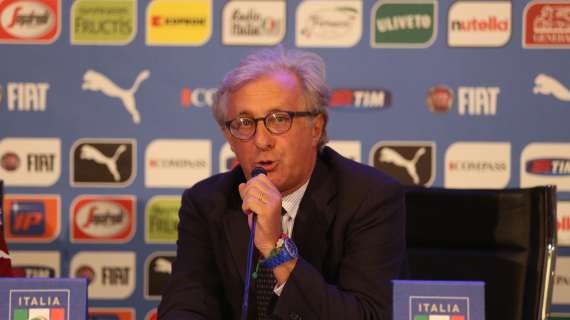 When we start talking about the national team, Antonello Valentini's eyes begin to light up. The former director general of the FIGC, as he himself is keen to point out, went to seven World Cups and six European Championships with Italy, and now, exclusively to TransferMarketWeb, he shares his opinion on the European Championships:

Do you think the enthusiasm you are seeing right now in Italy is justified?

"There is a lot of enthusiasm for a growing team, but I am for a more prudent approach. If we take out Chiellini and Bonucci who each have over a hundred international caps, we can see that this is a group with little international experience. When the competition level goes up, knowing how to manage pressure is vital. Our opponents will pose a great challenge and they are not to be taken lightly."

It is not the first time, however, that Italy has reached such an important competition with little experience.

"There were more players that were at World-class level, in addition to those returning from U21. Even though our team has an average age of 28 that is similar to that of other European national teams, our problem is experience. Mancini is really doing a great job, it was not easy to bring Italy back after the last World Cup Qualifiers debacle. He has brought back tranquility, enthusiasm, unity, with a mix of young and older players. There are very technical players like Barella, Locatelli, Verratti. His football is fun with an attack-minded philosophy, unlike those who have always accused us of adopting catenaccio."

Who could be Italy’s surprise player?

"I hope Raspadori can repeat the exploits of Rossi in 1982 and of Schillaci in 1990. And Insigne has grown a lot in self-esteem and character".

Who is your favorite to win the European Championship?

"France, especially if they manage to express their quality. We’ll have to see what will happen with Spain: at the moment they are handling many cases of 'Covid-19' and could lose ground. Germany is a team that is always well prepared and seems to always reach the top four; I like Belgium’s play a lot. I also want to add England to the favorites, they are full of young players as well as Portugal. Italy must, as always, aim at the ultimate goal, we must look at going as high as possible."

Do you see any similarities with 2016? Italy really were one step away from the semifinal.

"There is no doubt, the most important thing is the group’s cohesion. Without a great collective, you cannot be a great team on the pitch. This is one of the merits of Vialli and Mancini who are creating an environment full of enthusiasm, conviction, self-esteem and great courage. The match against the Czech Republic was an example of how that translated to the pitch."

The architect of that amazing journey was Antonio Conte, on which team will we see him again?

"He did a superb job with the national team and a masterpiece with the title won at Inter. After Inter were knocked out of the Champions League, there were those who wanted him gone; he put his heart and soul into achieving the title. His character is quite restless and obviously he always wants the most from his players and himself, he is never satisfied and I say it in a positive way. Evidently, the talks he had with Inter did not  satisfy him and neither did those with Tottenham, I think there is a chance he may take a break for a year while he waits for the right call. I thought he could go to Real Madrid, but Perez chose Ancelotti."

As a man who was very close to the national team, what are your best memories?

"I can only begin by talking about the World Cup won against France, but I also have good memories about second place at USA 94 and the third place finish in our home World Cup. These Euros bring back interesting memories, since my first Euros were the ones played in Germany and our stars were Vialli and Mancini who are still at the forefront now, albeit in different role. 2000 was also very exciting, we were only a few seconds away from victory."

How can we forget that awful moment, Wiltord first and Trezeguet afterwards made us cry bitter tears.

"It 's true, with that nefarious Golden Goal rule which was later abolished. It was a cursed rule, because whoever scored first won the game without giving their opponents the opportunity to respond. Zoff fielded a very balanced team, I remember that the two Uefa officials had already tied the ribbons with the colors of our flag to the Cup’s handles. Wiltord reversed the situation and Trezeguet made France happy. Six years later, however, we took out our revenge, football is fairer than what we think."

What is your idea on the Super League?

"I never liked the idea of ​​the Super League, because seeing football organized in a caste in which only a select few are admitted to the club is not great. The victim here is the meritocratic principle, I like results that are earned and the pitch’s verdict. I didn't like Ceferin's latest outing on his personal relationship with Agnelli, but I can say the same about the Juventus President."

"Because Agnelli was ECA President, and as such he was supposed to represent the interests of clubs from all over Europe and instead he entered into the whole affair and excluded 12 clubs. This is not good at all. It is true that the big clubs have economic problems, but Agnelli was also a member of the UEFA Executive Committee and his battle had to be carried out in that context. I would have welcomed a debate, not the set up of an underground organization that comes out with a statement in the middle of the night. I didn't like how this project was conceived and handled, I still don't understand why Barcelona, ​​Juve and Real are staying put, unlike the other nine who have taken a step back."

What outcome can we expect? What do you think about it?

"Uefa made the right decision by suspending disciplinary proceedings against these three clubs, also by virtue of the Madrid court verdict. Now Uefa will try to find other countermeasures, but what interests me most is to trying to find a climate of harsh, even, and lively confrontation with strong counters. That is my hope."