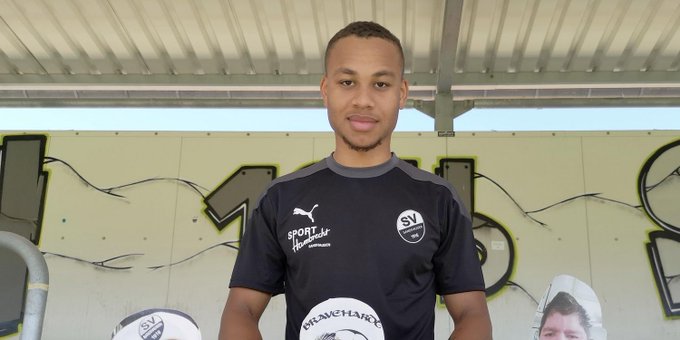 Footballghana.com can exclusively report that VfB Stuttgart has reached an agreement to send Ghanaian international Nikolas Nartey on loan to SV Sandhausen for the next football season.

The Danish-born midfielder is gradually developing into a fine player and is being tipped for bigger things in the near future.

During the 2019/2020 football season, the 20-year-old spent the campaign on a season-long loan at German 3. Bundesliga outfit Hansa Rostock.

Following an impressive stint with the team, he returned to his parent club, VfB Stuttgart. Still very young, the club has decided to send him out on loan again. This time around to SV Sandhausen that plays in the German 2. Bundesliga.

“After the position at Hansa Rostock in the 3rd league, the next step in the 2nd Bundesliga follows”, Stuttgart sports director Mikayil Kabaca said to confirm the loan deal for Nikolas Nartey.

He added, “At Nikola's commitment last summer, we emphasized that the course we were discussing provides for the opportunity to loan Nikolas to other clubs”.

The club will keep a close eye on the midfielder next season with the possibility of joining the first time afterward in mind.