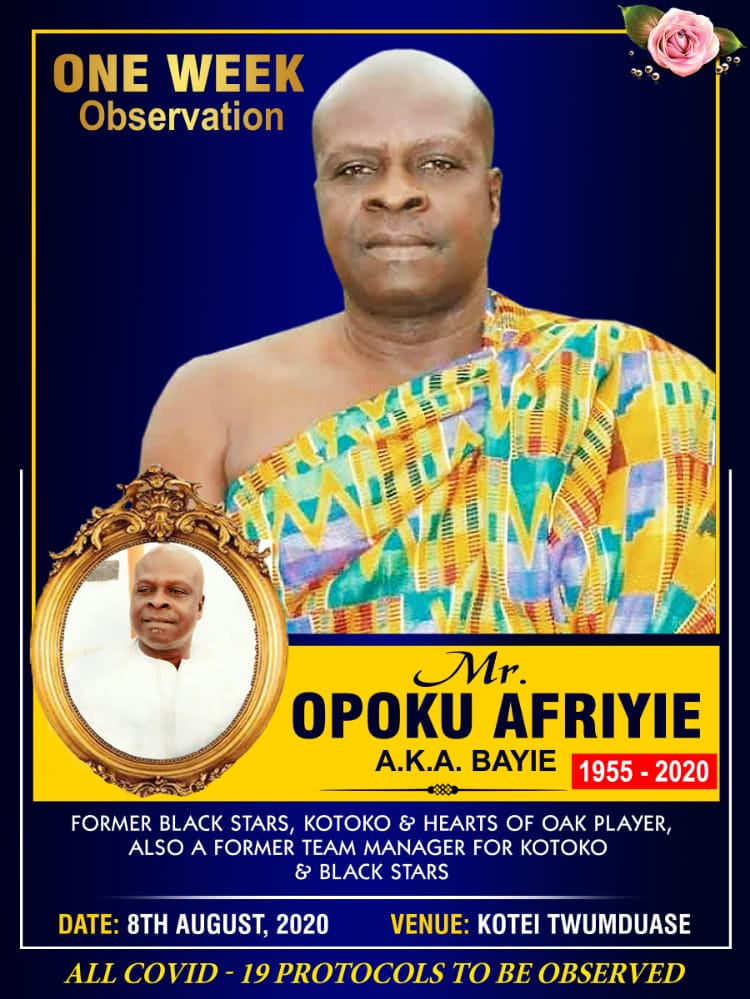 The family of late Ghanaian striker, Opoku Afriyie will be holding a one-week observation on Saturday, August 8, 2020.

The 1978 Africa Cup of Nations winner died in Kumasi on at age 75 back in late March. With news of his death saddening the entire football fraternity, the Ghana Football Association (GFA) and the football community expressed their condolence.

His family has now scheduled August 8 to hold a one-week observation at Kotei Twumduase.

Opoku Afriyie, a former Asante Kotoko, Accra Hearts of Oak, and Ghana forward was a member of Ghana’s 1978 and 1982 Africa Cup of Nations winning squads. Opoku Afriyie was the top scorer in the Ghana league in 1979 and 1981.

After hanging up his boots, Opoku took up roles as Team Manager and Welfare Officer of the Black Stars and Asante Kotoko respectively.