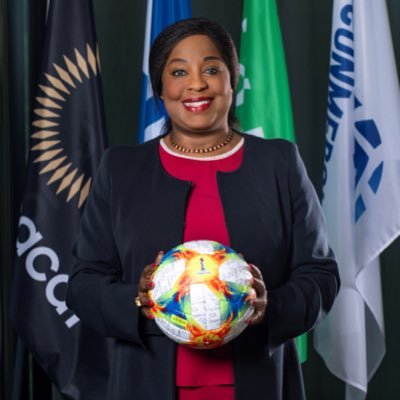 FIFA general secretary Fatma Samoura has sent a goodwill message to the Black Meteors following their defeat to the Young Elephants of Cote D'ivory  in the CAF U23 Afcon.

Ghana failed to reach the final of the 2019 Africa U23 Cup of Nations after losing to Ivory Coast in the semi-final on Tuesday.

The Black Meteors lost 3-2 on penalties after the game finished 2-2.

She encouraged the players putting everything they had in the game.

" to my ??brothers #BlackStars. Tonight you gave the match everything you had. You have made your country & your people very proud with your skill & passion. Keep shining black Stars. Africa is proud of you."

The defeat has delayed Ghana’s qualification to the Tokyo Olympic Games. The Black Meteors will have another opportunity to qualify for next year’s games when they take on the loser of semi-final clash between Egypt and South Africa in the third-place playoff.