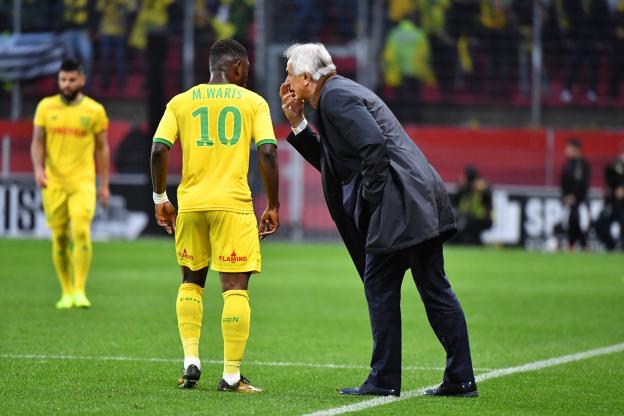 FC Nantes are set to make an offer for Majeed Waris following the departure of manager Vahid Halilhodzic, which has allowed the reserve of cash for the club.

According to online portal, FC Porto Actus, the Canaries have the amount of money needed to make the move for the striker.

The departure of manager Vahid Halilhodzic means the club can go for a manager who might cost them less than what the Bosnian was taking.

Portuguese giants, FC Porto are demanding around € 6 million Euros for the player, who enjoyed a good spell on loan at Nantes last season.

Majeed Waris scored five goals in 33 appearances for the Ligue I side in the 2017/18 season.

The 27-year-old previously played for Lorient and Valenciennes in France after spells in Sweden with BK Hacken and in Turkey with Trabzonspor.