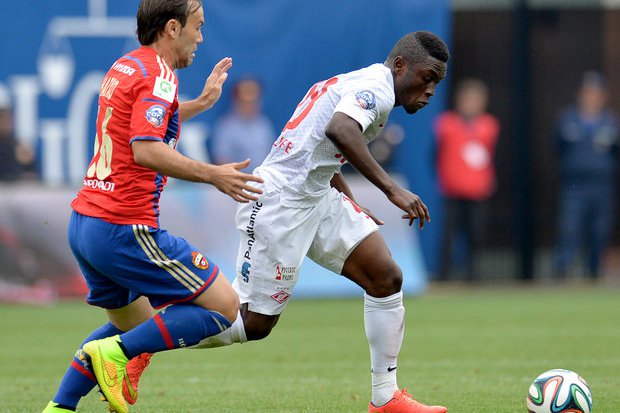 Ghana striker Abdul Majeed Waris is on the radar of Portuguese side FC Porto.

According to the French press, negotiations between the two clubs are far advanced despite huge interest from French Ligue 1 side Caen.

The 26-year-old Ghanaian international had already been associated with the Dragons when he represented BK Hacken's colors in 2012.

Waris was one of the Swedish league figures at that time, having even been the top scorer of that year, scoring 23 goals in 29 matches.

Caen and Saint-Étienne are also in contention for the forward, but FC Porto appear to be closer to securing the forward.

Waris has been in Lorient since 2015 and this season he has scored just one goal in seven matches as he has not been the primary choice of coach Mickaël Landreau.