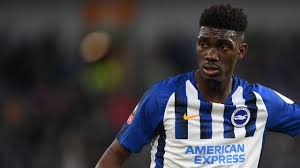 The title race may be a foregone conclusion as the English Premier League returns following the coronavirus suspension, but Africa's stars in the top flight still have a lot to play for.

Sadio Mane and Mohamed Salah are firmly on course to claim the first major domestic league title of their careers, with Liverpool 25 points clear of Manchester City with nine rounds of matches to play. But they are both acutely aware of how their personal goalscoring returns shape their standing and their legacy, with Mane acknowledging his frustration earlier in the season when Salah didn't play him in for a shot on goal, and instead took the chance himself.

The Golden Boot they shared with Pierre-Emerick Aubameyang last season remains in view for both Liverpool forwards -- Salah is three goals behind Jamie Vardy (19), with Mane five behind the Leicester City man -- and the duo will surely be aware of how their role in the Reds' title triumph will shape the African Footballer of the Year voting.

With no international tournament this year, they'll both likely be in the running for the Ballon d'Or again, not to mention the PFA awards, while Salah -- top scorer in each of the past two seasons -- can equal the record held by Jimmy Greaves, Alan Shearer, and Thierry Henry if he wins a third consecutive Golden Boot.

Aubameyang is another player gunning for the Golden Boot, with 17 goals to date this season, but the Arsenal striker's future has been the subject of increasingly intense speculation during lockdown.

Chelsea are reportedly keen on his services, while there will surely be interest from Europe's biggest clubs if such an unswervingly consistent goalscorer becomes available.

Barring an FA Cup success this season, it's hard to see how Auba would end his time in North London with a major honour so a second Golden Boot to go with last year's award would represent an acceptable parting gift.

Other African players such as Oumar Niasse, Jordon Ibe and Nampalys Mendy are also out of contract this summer and will be keen to boost their appeal during the remaining fixtures.

It's not just the soon-to-be free agents who will be looking to attract admirers during the final months of the campaign, with other African stars linked with moves to some of Europe's elite, and don't be surprised if some of the continent's biggest names switch clubs.

Two players who have been the subject of intense transfer speculation during lockdown are Wolverhampton Wanderers wideman Adama Traore -- reportedly attracting interest from Liverpool -- and Leicester City's Wilfred Ndidi, a mooted target for Manchester United. Will either of these two do enough during the remaining fixtures to convince their would-be suitors that they are worth a summer outlay?

Then there's Wilfried Zaha, who certainly appears overdue another shot at life at a major club, having struggled to leave an impression at Manchester United earlier in his career.

He was wanted by Unai Emery at Arsenal last summer -- when his stock was much higher than it is now -- but the Gunners ultimately opted to move for Nicolas Pepe of Lille.

Zaha was left to face up to another season at Crystal Palace, and, after acknowledging that, earlier in the campaign, his head wasn't quite where it should be; he'll be desperate to end the season in style.

Paris Saint-Germain are the latest continental giant to be linked with a move for the Ivory Coast wideman.

The aforementioned Pepe is one player who will be desperate to regain his pre-lockdown form when action resumes this week.

The wideman initially struggled to demonstrate he would be worth the Gunners' hefty £72 million spend during the first months of the season when his excellence was evident only in flashes and direct contributions were limited.

However, having had a hand in just four goals between late October and mid-February, he appeared to hit a purple patch in the 4-0 demolition of Newcastle United, when he contributed two assists and scored during a dazzling display.

He followed that with the match-winning assist in the 3-2 victory over Everton, and was outstanding in the UEFA Europa League defeat by Olympiakos, in which he completed a remarkable 12 dribbles.

If he can maintain that form through the final weeks of the season, then he may convince Arsenal fans that he's the man around whom Mikel Arteta's team must be built next season.

While Pepe arrived at Arsenal to much fanfare, academy product Alex Iwobi was cut loose in a £34 million move to Everton.

The fee appeared considerable at the time, and Iwobi has done little to dispel the suggestion that he was flattered by the elevated company in North London earlier in his career.

No one doubts Iwobi's workrate, but his output -- one goal and zero assists in 18 appearances -- leaves much to be desired and he is in danger of becoming the transfer flop of the season.

In Arsenal's 3-2 victory in February, it was telling that, while Pepe was lighting up the Emirates, Iwobi was being hauled off after an anonymous 60-minute display.

Everton as a club have little to play for this term, but Iwobi's reputation is most certainly on the line.

Manchester United defender Eric Bailly is one player who may stand to benefit from the delay in ending the season.

The 2015 Africa Cup of Nations winner has had a disastrous time with injuries in recent seasons, having made a strong initial impression under Jose Mourinho after signing for the Red Devils.

However, rather than opt to move the defender on, Ole Gunnar Solskjaer appears open to giving the West African the chance to prove himself during the final months of the campaign.

Bailly will have his work cut out trying to break the Victor Lindelof-Harry Maguire partnership, but he is again fit for selection and, with games set to come thick and fast, has the opportunity to repay Solskjaer's faith for offering him a contract extension in January.

For some of the division's younger stars or new arrivals, the resumption of action represents an opportunity either to sustain the momentum of the pre-Covid-19 campaign or to demonstrate they've taken advantage of the suspension.

Mbwana Samatta joined Aston Villa from Genk in an £8.5 million deal in January, with Dean Smith hoping the powerful frontman could solve the Villains' lack of goal threat.

The Tanzania instranation has scored once in the Premier League and netted in the League Cup final, but it was always going to be a big ask to arrive in the league and make an instant impact, particularly considering he was playing in the Democratic Republic of Congo as recently as 2016.

The three-month suspension may, however, have allowed Samatta to adapt better to living in England, gain more familiarity with his teammates, and observe the Ramadan fast without having to juggle competitive football at the same time.

West Ham United's Sebsatian Haller is another who may have benefited from the pause before returning to the relegation battle.

For youngsters, Bukayo Saka and Eddie Nketiah of Arsenal, and Japhet Tanganga at Tottenham Hotspur, the halt in activity came in the midst of their breakout season at this level, and all three will be hoping to pick up where they left off in March.