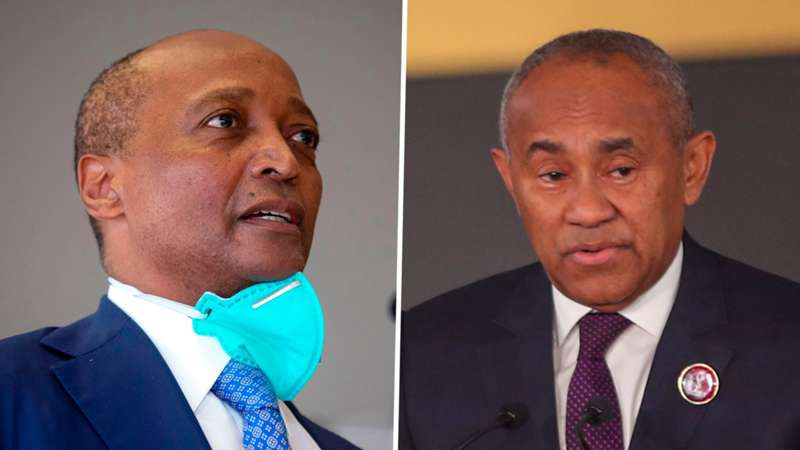 When Malagasy politician Ahmad Ahmad swept to power in 2017, it was on a wave of both popular support and expectation.

Africa had, after all, spent 29 years under the thumb of Issa Hayatou, whose despotic, authoritarian manner of ruling had over time come to rankle the Caf rank and file.

Buoyed by the support of Fifa president Gianni Infantino, as well as a coalition of African MA heads led by the likes of Nigeria’s own Amaju Pinnick and now-disgraced former Ghana Football Association (GFA) leader Kwesi Nyantakyi, Ahmad successfully floored the Cameroonian strongman.

To the victor went the spoils, naturally, but over the course of his tenure, it has become increasingly clear that, without a common enemy to rally against, Ahmad and his cabinet had little to offer by way of meaningful reform.

Sure, bigger slices of the pie got around, but without the proper checks and balances that define accountable leadership, the 61-year-old administrator immediately began to espouse the same habits as his predecessor.

He, however, lacked the same political savvy that had arguably allowed Hayatou some of his excesses, and his perceived status as a stooge of Fifa meant he could not put forward the same strongman image that could be respected, even if begrudgingly.

Whereas his ‘change’ portfolio summoned images of a more democratic, conciliatory outlook, the obverse held sway. Some reports suggest that, during Executive Committee meetings, certain line items on the agenda were approved almost by fiat, with Ahmad exercising veto.

At other times, he would simply be aloof and inscrutable, causing concern among some of his former backers who now felt themselves alienated.

However, there were two big scandals that ultimately came to define his tenure.

The first was to do with Tactical Steel, a sports equipment supplier for whom Caf jettisoned an already agreed contract with Puma for the provision of kits for the 2018 African Nations Championship.

The presence of a link between Ahmad – through his associate Loic Gerand – and the little-known French company immediately raised suspicion, and caused conflict with Puma, whose demand for compensation went unacknowledged.

The deal with Tactical Steel contained heavily inflated figures, mostly related to procurement and shipping costs, and was of a higher value than the one that had been agreed with Puma, raising the question of why Caf were actively trying to pay more to a company with little footprint in the industry.

This, combined with the opaque nature of the tender process, caused an investigation to be opened on Ahmad, culminating in the now infamous Paris arrest and overnight detention in 2019.

While he was ultimately released without charge, the incident precipitated a closer look by Fifa, especially as there were already allegations of financial mismanagement against the Malagasy administrator before its Ethics Committee.

That prior inquiry concerned the second big Ahmad scandal: his use of Caf funds to finance trips for a number of MA heads to Saudi Arabia for the lesser Hajj.

A Fifa investigation, brought upon by the whistleblowing of erstwhile late Caf Secretary-General Amr Fahmy, found that the trip was likely an inducement for political backing, that there was very little by way of proper documentation for the sake of probity, and that Ahmad was guilty of giving a direct gift to the FA presidents in violation of its statutes.

The culmination of these investigations – a five-year ban from all footballing activities in November 2020 that has now been upheld by the Court of Arbitration for Sport (Cas) following an appeal – means Ahmad is now ineligible to contest this month’s elections. It has also cleared the way for South African businessman Patrice Motsepe to emerge as the frontrunner for the position.

It does appear, on the surface, that we have been here before.

Again, Motsepe is considered a Fifa plant in many quarters, with some reports suggesting he has already accepted the same vassal arrangement that saw Fifa Secretary-General Fatma Samoura seconded to Caf in August 2019 to oversee its daily runnings. The manner in which the other competitors have stepped aside (or, in the case of Kheireddine Zetchi, been barred from contesting) only lends credence to the notion.

Whatever the case is, African football now stands unmistakably at a crossroads.

Motsepe, with his clout in African club football and his standing as one of the continent’s richest men, has the opportunity to redefine Caf’s trajectory. While it would be borderline naive to expect that his wealth insulates him from influence and precludes corruption, the expectations is nevertheless that his business savvy should lead to a boost in Caf’s finances and a reversal of some of the more ruinous policy decisions of the Ahmad tenure.

He will also be required to stabilize the organization, while pulling together conflicting interests along regional and language lines. It is not an easy brief by any stretch, but it is a challenge to which he must rise, even if only to guide Caf toward complete self-determination once again.