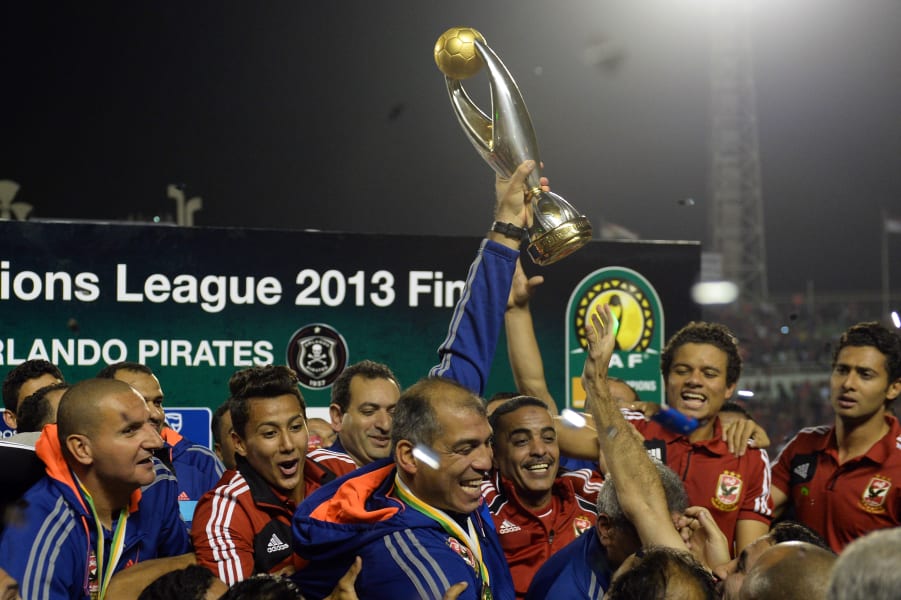 Egyptian giants Al Ahly are the most successful side in the history of the CAF Champions League. The Cairo-based Red Devils have eight titles in the premier continental club championship to their name from their haul of 19 CAF titles.

The Red Devils started the 2013 CAF Champions League edition as title holders. After receiving a bye from Preliminary round, they were drawn against Kenya’s Tusker in the first round. An away 2-1 victory in Nairobi was followed by another 2-0 win in Alexandria as Al Ahly reached the eighth finals with an aggregate 4-1 win.

In the Round of 16, they had to face Tunisia’s CA Bizertin. After a barren stalemate in Bizerte, Al Ahly survived a late scare to win 2-1 in Cairo and reach the group stage.

Al Ahly were drawn in group A, alongside bitterest rivals Zamalek, South Africa’s Orlando Pirates and Congo’s AC Leopards. Their campaign start was very slow, with an away 1-1 draw with Zamalek in Gouna, followed by a shock home 3-0 defeat to Pirates at the same venue. But the Red Devils bounced back with three successive victories. An away 1-0 win over Leopards in Dolisie was followed by another 2-1 win over the same opponents in Gouna. It was also Gouna that witnessed a famous 4-2 derby win over Zamalek as Al Ahly topped the group, before managing a goalless draw away to Pirates in Johannesburg as both sides qualified to the semifinals.

The semifinal was a thrilling story. The first leg against Cameroon’s Coton Sport in Garoua was interrupted by a downpour after 65 minutes and had to abandoned with the score being goalless. The game was replayed 24-hours later and ended in a 1-1 draw. The return leg in Gouna ended in the same result, forcing the match to be decided on penalties. Despite seeing legendary Mohamed Aboutrika missing his first kick, Al Ahly emerged 7-6 winners to reach the final for the second year running.

In the final, Al Ahly had to face their group rivals Orlando Pirates again, but this time it was sweet revenge for the Red Devils. The first leg ended in a 1-1 draw in Johannesburg with Aboutrika his trademark freekick. He scored again to guide Al Ahly to a 2-0 victory at the Arab Contractors Stadium in Cairo, with Ahmed Abdel Zaher being the other scorer on the night. The 3-1 aggregate victory meant Al Ahly extended their record adding an eighth Champions League champions’ star on their famous red jersey.

Al Ahly went on to add another couple of CAF trophies since they last won the Champions League. They were winners in the 2014 CAF Super Cup for the sixth time in their history, and then added their first and only CAF Confederation Cup title in the same year.

Now, the Red Devils are dreaming of ending a seven years Champions League and six years of CAF trophies drought, when they tackle the 2019-20 Total CAF Champions League semifinals with hope in their hearts.