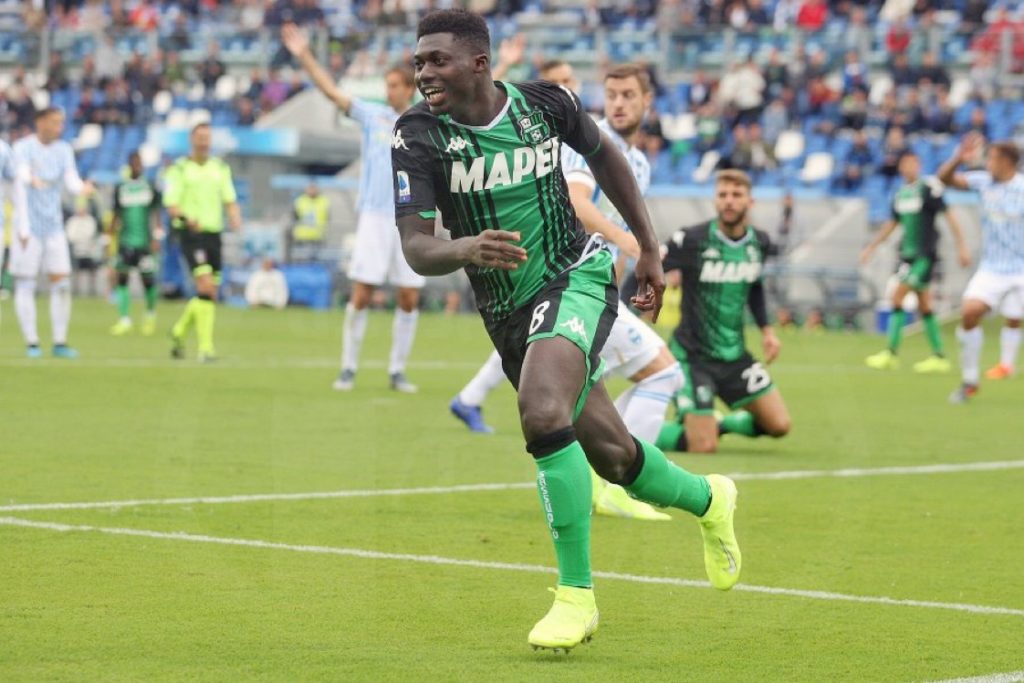 It is evident why the Neroverdi put up a stern fight to keep the Ghana midfielder in the summer despite his desire to depart the club.

Duncan was heavily reported to be on the radar of Italian giants Napoli, AC Milan and Inter Milan during the summer transfer window.

However, coach Roberto de Zerbi and chief executive officer Giovanni Carnevali spelled out their determination to keep hold of their prized asset by slapping over €20 million on him.

The move by the Mapei Stadium outfit worked as none of the above-mentioned clubs were keen on paying what they believed to be over the odds for the Ghana international.

Duncan was then nursing an injury which kept him out of the Africa Cup of Nations in Egypt, but his impressive outing for the Emilia-Romagna-based club last term means they cannot lose two of their best midfield pair after Stefano Sensi was on his way to join Inter Milan.

The 26-year-old recovered in time for the opening fixture against Torino but was only good for the bench as they lost 2-1.

He made an instant impression in their second match league game — providing two assists as they thump Sampdoria 4-1 at home.

Duncan kept up that form into the 4-2 loss against AS Roma where he again registered an assist in the final embers of the match.

The anchorman added a goal to his three assists during their 3-0 win over SPAL last weekend — making him the midfielder with the highest number of assists after four round of matches in the league.

Duncan is widely expected to overcome his last term’s goal and assist tally due to his awareness in the final third of the opposition area.

He scored four goals and provided a further four to help the club escape the relegation drop.