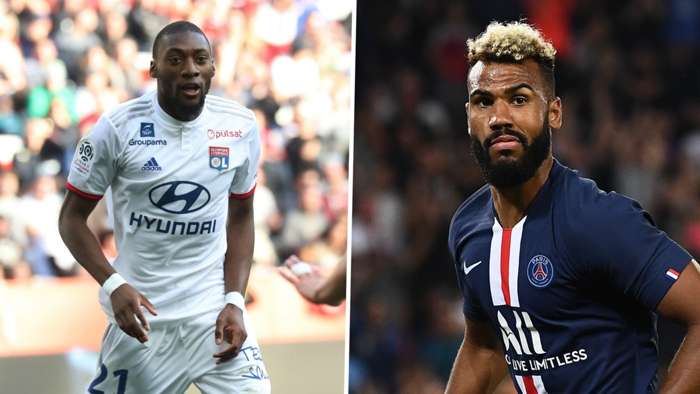 What a week it’s been for Cameroonian football, and for Indomitable Lions at the elite end of European football.

Amidst the many subplots of the fascinating Champions League quarter-finals, the key contributions of Cameroonian players have been right there at the forefront.

Of course, Bayern Munich’s demolition of Barcelona will live long in history, as will Paris Saint-Germain’s comeback, Manchester City’s capitulation, and heroic progression for RasenBallsport Leipzig.

However, the key role played by Cameroon’s stars cannot be overlooked.

While Joel Matip got his hands on Europe’s biggest prize last year, you’d have to go back to Samuel Eto’o’s magnificent run with Internazionale in the 2010-11 season to find a greater Cameroonian contribution in the business end of the UCL.

Earlier in the week, Eric Maxim Choupo-Moting was the unlikely hero as Paris Saint-Germain came from behind to eliminate Atalanta, stepping off the bench to net a close-range winner in the second minute of second-half stoppage time.

Assuming he leaves the club when his contract ends at the conclusion of the Champions League, it was a perfect way for the forward to change the narrative after a largely peripheral spell with the French giants.

He was ridiculed upon his unlikely arrival from Stoke City, became a further figure of fun after that horror miss against Strasbourg, and had managed just five Ligue 1 starts this term before the campaign was prematurely wrapped up.

However, even if he plays no further minutes in this year’s UCL, if that goal was his final contribution to PSG’s fortunes, he’ll forever be remembered at the Parc des Princes as the man who ended the club’s quarter-century wait to reach the semi-finals.

On Saturday, it was the turn of his compatriot Karl Toko Ekambi.

Olympique Lyonnais were rank outsiders against Manchester City; they finished seventh in Ligue 1 during the 2019-20 campaign, a meagre return for the country’s dominant force during the first decade of the 2000s.

Since then, though, the dynamic in French football has changed dramatically, and OL are an entirely different prospect both domestically and in Europe.

In this context, Saturday’s triumph—twice taking the lead against City before running out 3-1 winners—was quite remarkable.

It was a victory born in Africa, from Maxwel Cornet’s curling opener—capitalising on Ederson’s rash advance—to the significant contributions of Toko Ekambi.

He was influential in the opener, meeting Fernando Marcal’s ball over the top and drawing Ederson before being tackled by Eric Garcia. The ball ultimately fell to Cornet, who opened the scoring with a delicious effort.

For the second goal—the game’s flashpoint—Toko Ekambi was sought by Houssem Aouar’s through ball, despite being clearly in an offside position.

The former Villarreal man, moving into the space vacated by Garcia, intelligently allowed the ball to run beyond him, and while City appeared to pause—waiting for the referee’s whistle—Moussa Dembele reacted quickest to advance towards Ederson before sending OL 2-1 up.

In both occasions, direct balls through the middle to the onrushing Toko Ekambi proved City’s undoing, and will surely give young Garcia sleepless nights.

Could the same approach work against a Bayern Munich team—so imperious against Barca—who will look to take the game to Lyon and attempt to unpick Rudi Garcia’s tight 3-5-2 formation?

Credit must also go to the vibrant Houssem Aouar, while Pep Guardiola may well regret not starting Riyad Mahrez—introduced as a 56th-minute substitute—as a way of stretching such compact opponents.

However, from an African perspective, this round of the Champions League belongs to Cameroon.