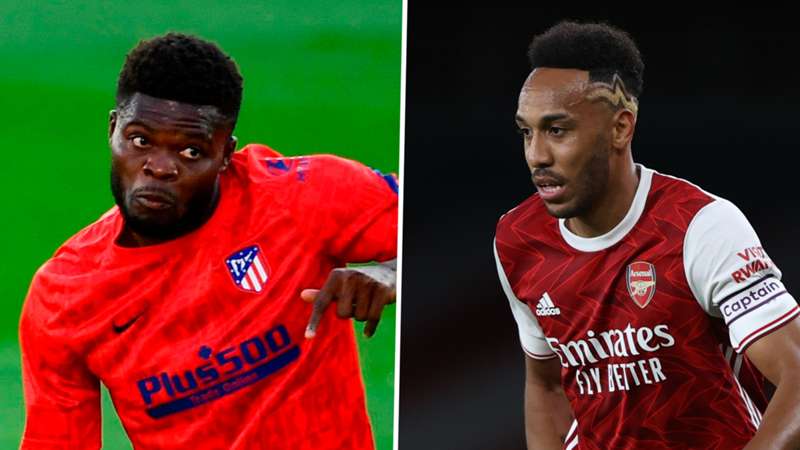 On the morning of Deadline Day, it would have been interesting to be a fly on the wall anywhere Arsenal captain Pierre-Emerick Aubameyang was situated.

From the outside looking in, you’d have to believe one of the Gabon star’s requests before penning his three-year extension in mid-September was to have the squad strengthened to challenge the big guns in the Premier League.

“Signing for this special club was never in doubt," Auba said after accepting the long-term contract. "It’s thanks to our fans, my teammates, my family and everybody at this club that I feel like I belong here.

“I believe in Arsenal. We can achieve big things together. We have something exciting here and I believe the best is to come for Arsenal.”

However, almost a month after putting pen to paper, the North London giants still couldn’t get significant business done. Of course, Willian had joined on a free soon after 2019/20 ended while the return of Dani Ceballos for another year-long loan added much-needed numbers in midfield.

Regardless, despite the tactical nous of Mikel Arteta, the three-time Premier League champions were still outsiders for a top four finish.

Many Gooners still bemoaned the lack of creativity in the side — which eventually led to the Houssem Aouar or Thomas Partey debates — even though the side had won three of their four opening league games.

When it seemed like Arsenal wouldn’t be adding either on the eve of the window closing, there was a feeling that an opportunity had been lost to strengthen the side to close the gap on Liverpool and Manchester City.

With clubs like Everton seemingly in the mix for an automatic Champions League spot and Tottenham Hotspur’s ostensibly resurgent, the Gunners were in danger of falling short in their quest to return to Europe’s premier club competition.

Then came hope on D-Day, as it was revealed that the red half of North London had made serious moves to get the Ghanaian’s deal done before the deadline.

Despite the acceptance that bringing in Aouar to solve the side’s creativity issues was more pressing, Partey’s arrival was embraced and endorsed.

After all, before the Aouar rumours gathered momentum, the West African was said to be Arteta’s primary transfer target. So, getting the 27-year-old in gave the side the desired experience in central and defensive midfield.

Given Partey’s education under Diego Simeone at Atletico Madrid, the midfielder is already astute in his own defensive third and has combined that with his strengths in possession to become one of the rare rounded players in that position.

With someone of the Black Star’s profile, Arteta now has the option of sticking to the 3-4-3 he’s utilised post-lockdown, reverting to the 4-2-3-1 he actually started with as Arsenal boss without being concerned about his team’s pivot pairing or even playing the 4-3-3 many believe is the Spaniard’s eventual target.

The 2018 Europa League winner isn’t only adept at sitting at the base of the midfield, fulfilling a dual role of protecting the defence and spraying forward passes to the attackers, he’s equally skilled at carrying out a more creative and goalscoring role in the side.

While the former shone in Partey’s time with Los Colchoneros, the inventive side of his game usually shines through in a Ghana shirt. There’s a feeling, however, that Arteta has brought him into the Arsenal team to replicate something close to what he produced in an Atletico shirt.

Bringing in the West African midfielder enhances the Gunners’ play in midfield and progressive play while it similarly adds a bit of steel in the middle of the park.

He may not be as creative as the Olympique Lyonnais attacking midfielder Gooners preferred but Partey — who’s already liked — is no slouch and solidifies Arsenal’s spine in their push to immediately compete again domestically and subsequently on the continent.

Having had their short and medium-term ambition questioned by fans in the last few years and especially Aubameyang more recently, the club recent targets and consequent acquisition of one of Europe’s top midfielders is restoring faith in the club’s higher-ups.

They’ve signed Gabriel this summer, brought in Partey, handed the hugely talented Bukayo Saka an extended contract and convinced their talismanic skipper his future lay at the club despite reported overtures from clubs on the continent, thus adding to and strengthening their spine.

Arsenal are not where they want to be just yet, however, they look to be on track and it’s hard to not get on board with the optimism surrounding the club seeking to challenge the heavy-hitters at home and abroad.