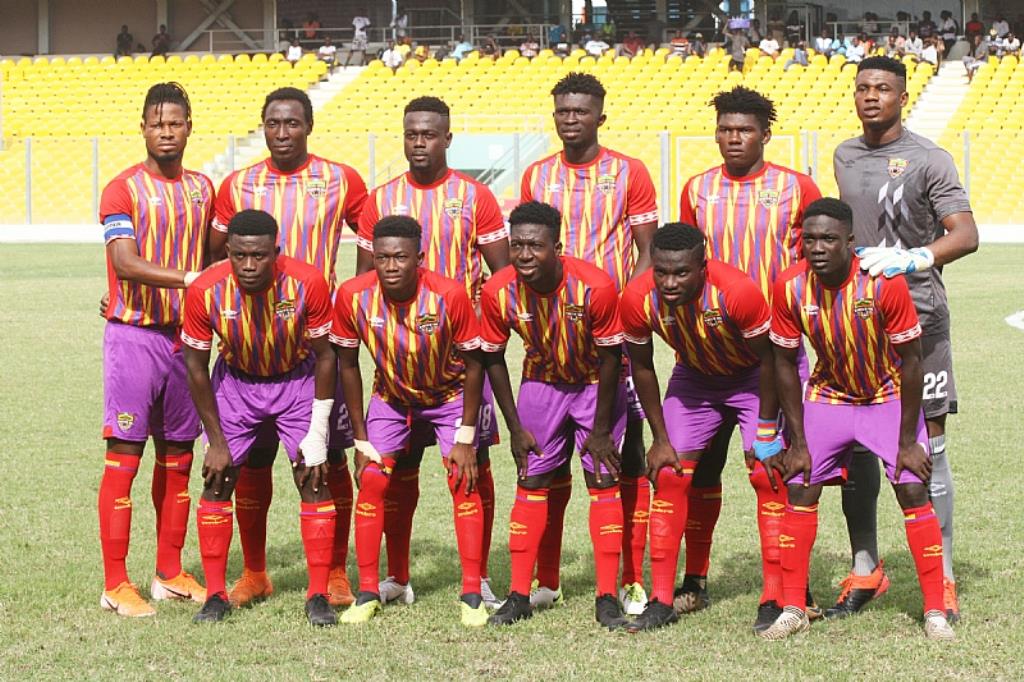 Pride, history, bragging rights and points will be at stake as the Accra Sports Stadium hosts one of the most anticipated clashes in Ghana football, with Hearts of Oak and Asante Kotoko going into battle in the topmost fixture of the sixth week matches of the Ghana Premier League.

The exciting build-up to tomorrow’s ‘Super Clash’ will hit fever pitch when captains Fatawu Mohammed and Felix Annan lead their teammates to the pitch to battle for more than just the three points at stake. It will be a clash also for bragging rights, the kind which have characterised encounters between Ghana football’s superpowers who have won 44 league titles between them (20 for Hearts and 24 for Kotoko).

There have been 108 league encounters between the two sides since their first recorded clash in 1958, with Hearts winning 36 times, one more than Kotoko’s 35, while 37 games have ended in draws.

Tomorrow’s encounter will be as tension-filled and intense as previous clashes, with both sides already predicting victories to revive their title chase after suffering some contrasting fortunes in the last few weeks. Ghana football’s equivalent of America’s Super Bowl for its pride of place and its appeal, it comes as little surprise that the Hearts versus Kotoko clash has been set apart from other sixth week fixtures for maximum effect.

After suffering back-to-back losses, both Hearts and Kotoko are coming into tomorrow’s game on the back of impressive wins over Liberty Professionals and Ebusua Dwarfs respectively last week and are, therefore, bullish about their chances.The Phobians overturned a goal deficit to defeat Liberty 2-1 at Dansoman last Sunday, while the Porcupine Warriors needed two late goals to tame Ebusua Dwarfs at the Baba Yara Stadium in Kumasi.

While clashes between the two traditional giants have occasionally defied the form guide, with Kotoko often playing well and grinding out good results in Accra, the Phobians appear to be enjoying a more consistent form and are unbeaten in their last three matches. Kotoko, on the other hand, have lost two of their last three games.

Kotoko have won the last two clashes with Hearts, including a 2-1 victory in the President’s Cup in Kumasi last month, which was the first assignment for Kotoko’s coach Maxwell Konadu on his return to the club.

While Kotoko have dominated cup competitions, the Phobians have had the edge in their last five Premier League encounters, winning twice and losing once, with two draws. Ironically, the Accra stadium tends to favour Konadu’s side who won their last clash via a penalty shootout in the GFA Normalisation Committee Special Competition Tier 1 semi-finals in June last year.

In spite of the recent results between them, Coach Odoom is under no illusion that his charges will be up to the task, and is counting on their resurgence to give them the edge tomorrow for their third win of the season.

“The boys are determined to win this game on Sunday and I believe the performance will be a massive improvement on what we have produced in our last two games against WAFA? and Liberty Professionals.

“We cannot be overawed by the occasion and we must make the most of our home advantage with the support of our fans as we go for the win,” a confident Coach Odoom told Hearts’ official Facebook page.

Last Thursday, Kotoko’s PRO, Kennedy Boakye Ansah, predicted a 2-0 win for the club at a press conference in Accra organised by the Ghana Football Association as part of activities to hype up the game and also to educate supporters of both sides to avoid any act of hooliganism.

In other matches today, in-form Aduana Stars will attempt to apply the brakes on league leaders, Berekum Chelsea, in their fierce regional derby at Dormaa-Ahenkro, while Karela United trek to the Techiman Park to play Eleven Wonders Great Olympics host Inter Allies at the Accra Sports Stadium this afternoon, King Faisal welcome Elmina Sharks to the Baba Yara Stadium, Ashantigold travel to the Akoon Park at Tarkwa to challenge Medeama SC.

On Monday, bottom club Dwarfs will seek their first point of the season at the expense of Dreams FC at the Cape Coast Stadium.