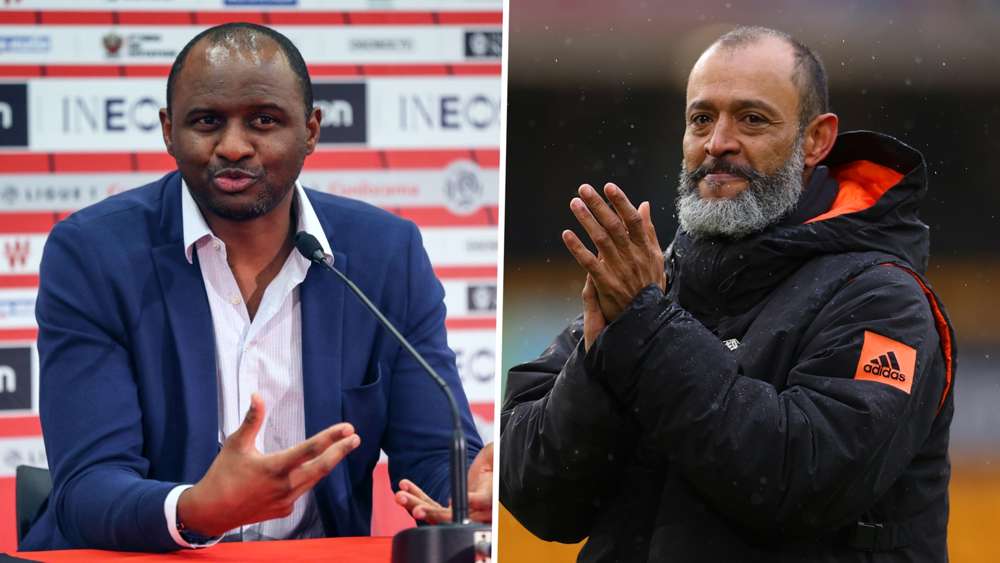 The 2021/22 Premier League season, beyond the usual storylines around title challenges and relegation battles, will have an added layer of intrigue.

Both appointments, sealed within the past week, have another common factor: in both cases, the decision followed an extensive search and a slew of preferred candidates who dropped out of the reckoning at advanced stages during negotiations.

This means both men come into their roles under no illusions that they were at the forefront of their employers’ considerations from the off. If Palace and Spurs could have signed someone else, they would have.

In other cases, that would be something of a turn-off.

On the basis of his mostly outstanding work with Wolverhampton Wanderers, Nuno would be perfectly entitled to wonder quite what Gennaro Gattuso had over him, or indeed any of the other mooted candidates for the Spurs job not named Antonio Conte or Mauricio Pochettino.

For his part, Vieira enjoyed an elite-level career in the Premier League, captaining honour-chasing Arsenal over many years and winning both the World Cup and the Euros with France, so why would a club with designs on little more than staying in the division every season look past a profile like his?

By virtue of their otherness, both men immediately find themselves saddled with cares beyond the basic pressure the job entails – there is also a weight of expectation, from fans, detractors and the next generation of black and African-born managers alike.

They will know that their success or failure will have repercussions far beyond their own job security.

Of course, not being able to succeed or fail on their own merits is itself emblematic of the challenges black coaches face at the highest level of football.

It is too often the burden of the marginalized to prove themselves worthy of equal opportunities by their excellence, and to have their shortcomings taint not just themselves but their entire class.

It also goes some way toward explaining why, even when they do have these opportunities granted them, the circumstances are almost always extenuating, and they seem almost set up to fail.

Crystal Palace have appointed Vieira to oversee a daunting rebuild at Selhurst Park.

The Eagles have, for a long time, soldiered on in the Premier League with an ageing squad that has been stretched to its absolute limit. With veteran manager Roy Hodgson departing, it was as good a time as any to attempt an overhaul, but it is a phase that is fraught with many dangers.

The club are banking on their sterling youth system to freshen things up, with a smattering of young, promising talent signed from the Championship supplementing.

As a strategy, it is high-risk, and it is not difficult to see why many others baulked; this is the poisoned chalice from which Vieira will now drink.

Similarly, Tottenham are in a bit of a pickle, with the need to finance a new stadium dictating a degree of care in the transfer market, a want-away club captain, and a lot of ballast within the squad.

Add into the mix Daniel Levy’s comments about the club needing to reconnect with its “core DNA of playing attacking football”, and it becomes even clearer Nuno is walking into a volatile situation: he will be expected to not just address the issues within the squad, but also provide a certain brand of football while at it, and all that on a two-year contract.

It does then, understandably, feel like a bit of a trap.

Be that as it may, the scale of the opportunity will not be lost on either man.

While Nuno was in charge at Wolves since 2017, it is worth noting that he was appointed with the club in the second tier (the same situation as with Jean Tigana in the early 2000s, previously the only other manager of African birth in the Premier League); his move to Tottenham made him the first African-born manager to be appointed by a Premier League club.

Vieira followed soon after; if both men can find success in their current roles, it only increased the likelihood yet more will come through the door.