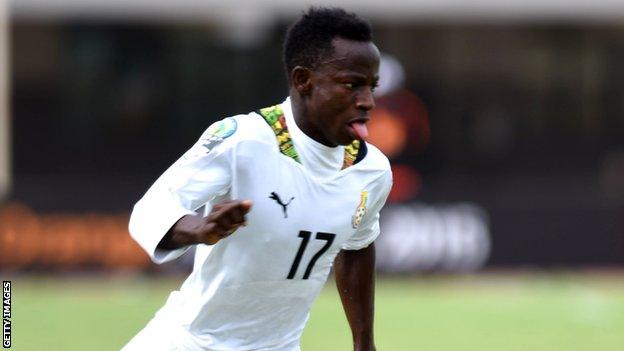 With a move to 13-time Polish champions Wisla Krakow, will Ghana U23 captain Yaw Yeboah settle and have a regular run in the side, or will his football journey continue seeing him bounce from club to club?

After leaving the Right to Dream Academy in Ghana to join the Manchester City academy in 2014, the 23-year-old spent four frustrating years with the Citizens as he would be sent out on loan regularly, according to Goal.com.

When he was loaned out to French outfit, Lille, by the end of the 2015/16 campaign, he would only make 5 appearances and start once in Ligue 1.

After leaving France, he then played in Holland with FC Twente, where he enjoyed more game time, making a total of 26 appearances, 20 starts and scoring a goal in the process, but the Eredivisie side went against signing him permanently and so his loan journey would continue in Spain.

At the start of the 2016/17 season, LaLiga Segunda Division outfit Real Oviedo offered him the potential of more first-team action, and although he played 20 times for them, he only managed to make seven starts.

Next on Yeboah’s loan list would be another Segunda Division team in CD Numancia. It was in the east of Spain where the Black Starlet enjoyed his most successful season, making a career-high 22 starts and scoring two goals and assisting once.

In 2018, the young forward would also part ways with parent club, Manchester City, permanently and would sign a three year deal with Numancia, but later would once again be shipped out on loan to mid-table LaLiga side, Celta Vigo, but failed to make a single appearance in the Spanish topflight.

Will Poland prove to be a different story?