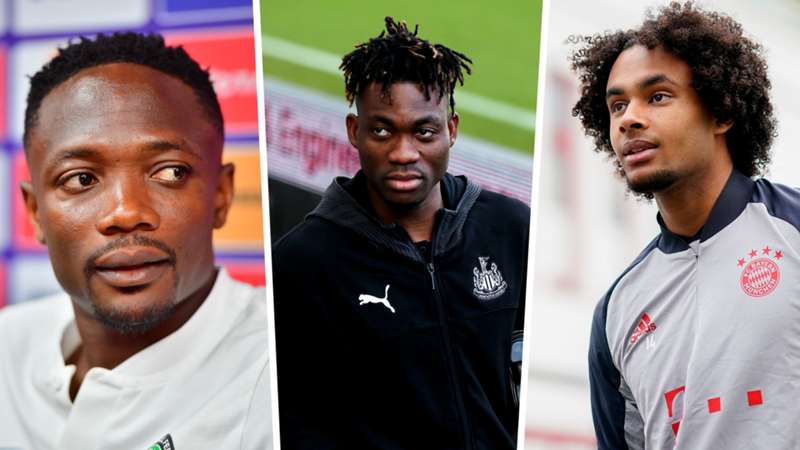 Which of the continent’s stars will be desperate for a move away from their current club before Monday evening?

A move to Middlesbrough fell apart in 2020, but Bolasie appears on the brink of getting his move to Boro—with a deal set to be completed before deadline day.

The wideman’s career has unravelled since damaging his anterior cruciate ligament in December 2016, subsequently failing to reach the heights he hit during his early months at Everton.

It’s a sad tale for the talented winger, who excelled at Crystal Palace before moving to Goodison Park, and he’s struggled for career momentum across loan moves with Aston Villa, Anderlecht and Sporting Lisbon.

Unwanted with the Toffees, could a move to Middlesbrough reignite the 31-year-old’s career?

Unlikely to make Newcastle United’s 25-man squad for the second half of the Premier League season, Saivet has flopped at St James’ Park after breaking onto the scene with Girondins de Bordeaux.

The Magpies tried to shift him at the start of the season, but were unable to find a buyer for the Senegal international, who is understood to be on a £35,000-per-week salary.

His salary ends this summer, but will any club save him from his Newcastle purgatory before then?

Sticking with the Magpies theme, Atsu has been deemed surplus to requirements by Steve Bruce this season, having only featured—very briefly—in the Carabao Cup so far this season.

At 29, Atsu should be in his prime, but instead he’s been ostracised by the Magpies and is desperately in need of a change of scene.

Newcastle appear unlikely to use Atsu again this season, but will anyone give him an escape route from SJP?

One of the Bundesliga’s breakout stars of 2019-20, Zirkzee made an instant impact at Bayern Munich, and ended the season with four goals in nine league outings.

He’s struggled to build on that this term, playing just 92 minutes and failing to find the net.

Occasionally resembling a young Zlatan Ibrahimovic in terms of his playing style, the 19-year-old has been piquing the interest of FC Koln, although they aren’t the only side understood to be keen on his signature.

Everton, Parma and Juventus have also been linked with his signature.

Seri has had an absolutely disastrous time of things at Fulham after signing from OGC Nice, enduring relegation with the Cottagers in his first season, and having been deemed surplus to requirements by Scott Parker this term.

Seri rediscovered some of his old class at Galatasaray on loan last term, and a return to Turkey has been mooted, although as yet, no deal has been forthcoming.

Instead, a return to France—and a move to Bordeaux—appears more likely, with Les Girondins clearly believing that they can restore the playmaker to his former glory.

Currently without a club after parting ways with Saudi side Al Nassr, Musa should have a lot to offer a top tier side, having excelled across four seasons with CSKA Moscow including several memorable Champions League campaigns.

The lightning wideman didn’t demonstrate his best form at Leicester City when he signed for the Foxes in 2016, but at 28, he still has the potential to leave a lasting mark in the Premier League.

He’s recently been trialling with West Bromwich Albion, so don’t be surprised if a deal is done imminently.