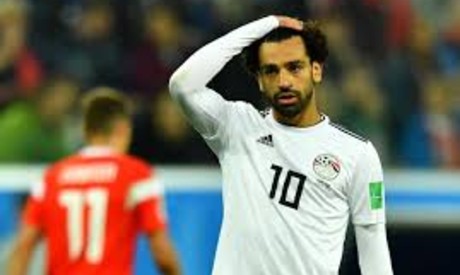 Often the event that connects an Olympic host city with the rest of the nation, soccer could be a source of trepidation rather than excitement in Japan.

Players spreading across the country is far from desired as Japan is trying to stage a Games that limits the risks of COVID-19 infections spreading.

Of the seven stadiums, five are away from the Tokyo area, with Sapporo about a 100-minute flight north of the capital.

With crowd sizes restricted, too, Japan's men won't get to experience the joy of the packed Maracana that provided one of the signature moments of the Rio Olympics, when Neymar's penalty clinched gold for the host nation.

Japan has little pedigree in Olympic men's soccer, winning its only medal _ a bronze _ at the 1968 Mexico Olympics.

The country's most recent brush with glory came at the 2019 Asian Cup before a surprise loss to Qatar in the final. Even though men's soccer squads at this Olympics are mostly players under the age of 24, Japan isn't using a youth team coach for the Olympics. Hajime Moriyasu, who has been in charge of the senior team since 2018, will coach at the Olympics as well.

Moriyasu has opted for versality with players who can adapt to different roles, including Kou Itakura, who plays for Dutch club Groningen at either center back or midfield. Soma Yuki of Nagoya Grampus can play at fullback on either flank.

``We prioritized players who can create opportunities single-handedly, play solid defense at the individual level,'' Moriyasu said, ''and make runs for the team.''

While Kubo Takefusa of Real Madrid is on the squad, the winger has yet to play for the Spanish giants' first team and has instead spent periods on loan.

The clash of the Olympics with the start of the European season makes it hard for teams to often take their best players. So, Japan will be without its biggest star. Forward Takumi Minamino is with Liverpool trying to regain the Premier League title.

Egypt also want to be able to call on Minamino's Liverpool teammate Mohamed Salah, especially given there is an African Cup of Nations starting in January. It's unclear whether he will be able to lead the team in Japan.

The Egyptians are in a group with Spain, Australia and Argentina. The Olympics is the only major title Lionel Messi has won with Argentina, at the 2008 Beijing Games. But the out-of-contract Barcelona forward is not one of the three permitted overage players in the Argentina squad at a time when he looks to resolve his club future and has been involved in the Copa America in this offseason.

France will be looking to become dual Olympic and world champions. While Florian Thauvin has a World Cup winner's medal from 2018, the winger will be hoping to appear in Japan for more than the one minute he played in Russia. He only came on at the World Cup in one game as a late substitute for Kylian Mbappe. Even though the Paris Saint-Germain star failed to score in June as France exited the European Championship in the round of 16, he won't get a chance to quickly make amends given his absence from the Olympic squad.

The one country where clubs have to release players for the Olympics is Spain. That means six men from its Euro 2020 team will get a chance to deliver Spain's first soccer gold since 1992, including senior national team starting goalkeeper Unai Simon.

The only time the Ivory Coast men have competed at the Olympics was in 2008 when they faced Messi's Argentina before going out in the quarterfinals. They will be hoping to secure the release from Manchester United of Amad Diallo and Franck Kessie from AC Milan. The Ivorians have a fearsome opponents in their group with the defending champions from Brazil, Germany and Saudi Arabia.