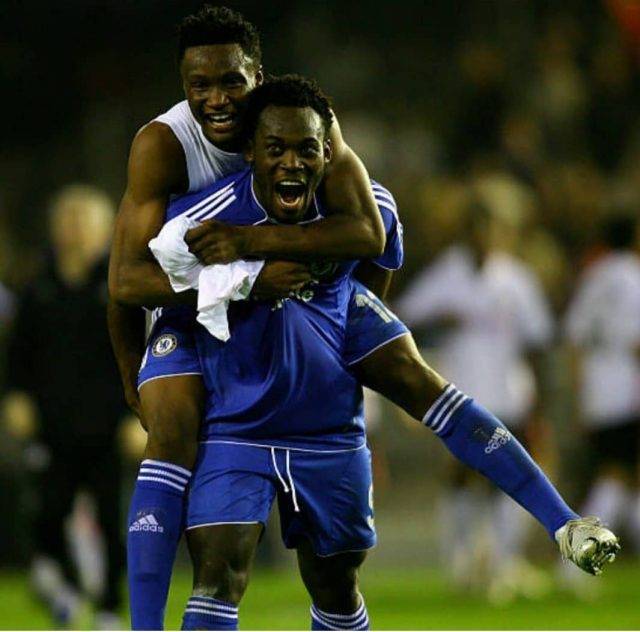 Chelsea’s dominance of the Premier League in the mid-2000s was certainly significant for the top flight in that they ended Manchester United and Arsenal’s decade-long dominance of the competition. Not since Blackburn Rovers in 1994/95 had any side besides the pair ended top dog in the division, so it was refreshing to see a change at the summit in 2004/05.

Jose Mourinho’s troops, backed by Roman Abramovich’s funds, had several key players in that first success in 2005, and none was arguably more important than Frenchman Claude Makelele - the water carrier, the protector of the backline.

Unbeknownst at the time, the ex-Real Madrid defensive midfielder’s success at Los Blancos and Stamford Bridge was to have a drastic impact on the career of Mikel John Obi, a talented playmaker who joined Chelsea in 2006.

12 months before the Nigerian’s arrival in West London, though, Mourinho made Michael Essien the club’s most expensive signing at the time, after the Ghanaian had thrilled in two seasons at Olympique Lyonnais.

The effervescent midfielder, a two-time Ligue 1 champion, was also the reigning Player of the Year in France upon joining, and his inclusion in the league’s best XI in 02/03 (his final year at Bastia) and 04/05 meant he was on the up and could only get better.

Meanwhile, Mikel starred at the World Youth Championships in 2005 as Nigeria were beaten finalists against an Argentina largely guided by Lionel Messi to their fifth title. The youngster's flair, hold-up play, and decisiveness were central to the Flying Eagles’ run to the decider, and he was deservedly handed the Silver Ball while Taye Taiwo ended as the competition’s third-best player.

After a protracted wrangle with Manchester United, the wonderkid completed his move to the London side in 2006, but his path changed course for the rest of his career.

By the start of the 06/07 campaign, Makelele’s definitiveness in defensive midfield saw that position named after him, and with age no longer on his side, there was a desire to develop another player like him.

At the time the young Nigerian switched clubs, the central midfield positions were occupied by Frank Lampard and Essien, with Michael Ballack a new addition to Mourinho’s team.

Given he was neither as dynamic as the Ghanaian and German nor possessed the goalscoring prowess of the Englishman, Mikel’s was oddly seen as Makelele’s replacement at the base of the midfield.

However, the 2005 Silver Ball winner suffered for the remainder of his Blues career for one reason: he was no Makelele.

While possessing the passing range and physicality to thrive in that position, Obi lacked the tactical understanding of the role and struggled initially.

Indeed, the Nigerian’s career was compromised from that point onwards and he lost all the flair and attacking know-how that made him highly rated in 2005.

It was different for Essien, however, whose dynamism was celebrated at Stamford Bridge. The ex-Lyon man’s driving runs from midfield and ball-carrying endeared him to the club’s supporters and his tendency to give his all was an added advantage.

In his first campaign, the Bison formed a formidable partnership with Makelele and Lampard as Chelsea walked the league in 05/06. While the former Real star was the deepest of the trio, Essien’s defensive nous mitigated for the English star’s attacking nature.

His absence was sorely felt in the Blues’ Champions League defeat by Barcelona at the first knockout round, a disappointing campaign in Europe given the quality in that squad.

The Ghanaian’s showings saw him named BBC African Footballer of the Year for 2006, making him the first Black Star since Sammy Kuffour in 2001 to claim the honour.

What made Essien special wasn’t only his energetic style or strength, but the fact he combined that with a high level of tactical intelligence to play in multiple roles – centre-back, right-back and defensive midfield where his passing range was underrated.

His versatility was crucial in the Blues’ European run in 07/08, where they were beaten finalists against United. The ex-Bastia star featured at right-back in crucial knockout ties versus Fenerbahce and Liverpool, before reprising the role in final defeat by the Red Devils.

He had a penchant for scoring spectacular belters too, with notable strikes at Stamford Bridge against Arsenal and Barcelona in 06/07 and 08/09 respectively. The former preserved Chelsea’s unbeaten home run in the league while the UCL volley nearly put the Blues into the final. Unsurprisingly, both stunners won the club’s goal of the season award.

Before serious knee injuries slowed him down, the Bison was undoubtedly one of the top midfielders in Europe, and this resulted in nominations for the Fifa World Player of the Year and Ballon d’Or awards for three successive years.

Between 2005 and 2009, the Ghanaian also made the final three for Africa’s most prestigious individual award, notably coming close in 2007 after an amazing 06/07 campaign, only to fall short to an equally impressive Frederic Kanoute.

While he declined alarmingly in his final years and was only a bit-part player in 2012 when the club claimed their European Holy Grail, fans at the Bridge appreciated Essien’s dedication in his prime to form a core of the Blues’ successful Golden Generation.

For Mikel, it was certainly a frosty relationship.

Unable to truly get out of Makelele’s shadow, supporters consistently give him stick for his performances on the field and his conduct off it.

This was to be the perception of Mikel till he left West London in 2017, a player who divided opinion among supporters over a 10-and-a-half year period.

Be that as it may, the Super Eagle’s extraordinary performances en route to 2012’s Champions League success saw his popularity grow somewhat in the following seasons until his eventual departure in January 2017.

Both West Africans won a couple of Premier League titles, multiple FA Cups, the League Cup, and the colossal Champions League, while the Nigerian added the Europa League in 12/13.

Even though Essien’s value for Chelsea in the mid-to-late 2000s can’t be questioned, Mikel’s standing, although appreciated, still seems slightly undervalued among supporters.

The situation may have been different, though, had he not been converted into a functional player by Mourinho or if observers at Stamford Bridge weren’t obsessed with a Makelele reincarnation and just leave him be. However, we'll never know.