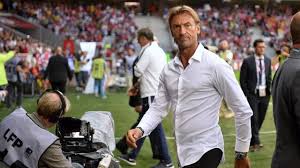 The Bafana Bafana head coach post is vacant once more, following the resignation of Stuart Baxter on Friday, and it’s at a crucial time with important qualification campaigns on the horizon.

The Brit’s contract was meant to run until just after the 2022 Fifa World Cup, but after a tumultuous second spell in charge, he cut it short with close to three years remaining.

For the South African Football Association (Safa), this means another busy period trying to a successor to – as Baxter said in his resignation – “continue with this project”.

Whether a local or international coach will be preferred remains to be seen, but there are a few names which have popped up – even long before the now-former Bafana coach called it quits.

Mamelodi Sundowns coach Pitso Mosimane is without a doubt a prime candidate for the post – at least in the general public’s minds – given his unprecedented success with the Tshwane outfit.

The 55-year-old has previous experience as Bafana coach, having first served as assistant to Carlos Alberto Pereira, and later, Joel Santana before taking over the hot seat.

His two-year stint yielded moderate returns, but there’s no doubt he has matured in his craft, as evidenced by the amount of silverware he has collected in his current job.

Three PSL titles with Supersport United, plus one more with Bidvest Wits, Gavin Hunt is in a special league – along with Mosimane, Gordon Igesund and the late Ted Dimitru – of coaches who have conquered the local top-flight four times.

Among the men who occupy the list, he is the only one yet to be entrusted with the Bafana job, but it all depends on whether he is willing to drink from the poison chalice.

Frenchman Herve Renard was one of the first casualties from the recently-concluded Africa Cup of Nations (Afcon) after he vacated his post as Morocco coach following the North African nation’s last 16 exit.

Despite, a relatively dismal showing this time around, Renard remains the only man to have won the continent’s biggest prize with two different nations – Ivory Coast and Morocco.

Safa have previously courted his services, and could yet revive their interest in bringing him on board.

Having achieved previously uncharted heights as far as South African footballers are concerned, Benni McCarthy is still at his infancy with regards to his coaching career, but his name has already been bandied about as a potential Bafana coach.

The legendary former striker has however expressed reluctance to take over the helm at the national team, preferring somewhere in Europe as his next move.

At present, the man closest to the post is former Santos and Supersport United player David Notoane, who has stepped up to the plate several times in Baxter’s absence.

The 50-year-old is in charge of Bafana’s Chan qualification campaign and looks likely to be called upon to take over on a caretaker basis.