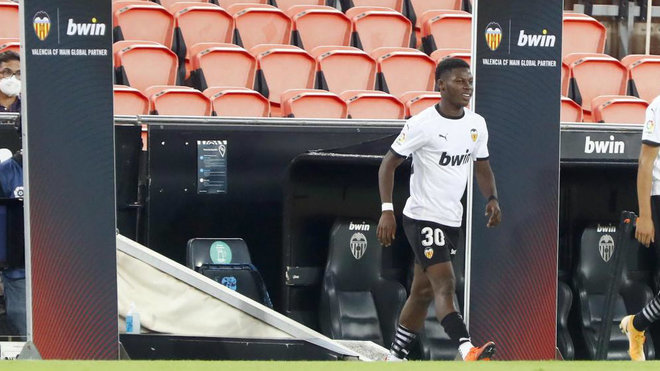 New York-born, of Ghanaian descent and raised in England Yunus was born on 29th November 2002 in New York, where his mother was on holiday at the time. He is of Ghanaian descent but lived in Italy until the age of nine, beginning his youth career with local club Giorgione. After moving to London, he spent seven years at Arsenal FC and graduated from their Hale End academy.

Yunus Musah is a midfielder with the ability to make a difference in attack Although primarily a midfielder, he can play out wide and even as a number 10, as he showed against Levante. He’s said that his passing and creative abilities are his strongest attributes, but he’s turned heads in Spain with his explosive pace, dribbling skills and nose for goal too.

Coach Javi Gracia says Yunus Musah can go all the way to the top Despite his young age, Yunus has already proven his self-confidence and leadership abilities. He’s vocal out on the pitch and already speaks excellent Spanish. Valencia coach Javi Gracia picked him out for special praise in his post-match press conference, highlighting his maturity and reiterating his belief that the youngster has the ability and mindset to establish himself at the very top in the future.