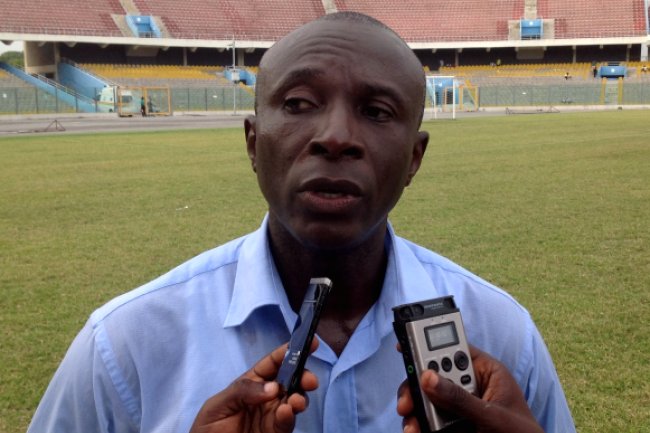 Anyone who has closely followed women’s football in Ghana will no doubt agree that the Ghana Football Association (GFA) has goofed in reassigning Yusif Basigi from any of the women’s national team, to be an assistant at the male Under-23 side, the Black Meteors.

In his place at the Princesses, Ben Fokuo has been appointed to take charge and lead the team for possibly, the next two years.

It is bad that Basigi has been removed from the women Under-20 team role, but his complete removal from women’s football is a great disservice to the development of the game, to say the least.

It does not require any special skills to handle a women’s team, however, it requires someone who haS A special interest in the women’s game and IS involved at the grassroots, to be able to handle any national team to succeed - be it at the club level or at the national level.

That is why many good coaches were unable to successfully handle the women’s teams, despite their experience and knowledge.

For the Princesses in particular, after five attempts to make it out of the group stages of the Under-20 Women’s World Cup (WWC), there is the general expectation for them to progress to the next stage when they show up at the 2022 WWC.

Without an Olympic team, the Under-20 national team is considered as the stand-in team and this helps makes the transition of the players from that level into the national team, much smoother.

A look at the people in charge of some of the world’s best sides – Germany, USA, Brazil, Norway, Canada, and in recent times, the Netherlands, England and Italy gives a clear indication of the importance they attach to their Under-20 sides.

They give their teams the best of technical support to not only qualify for their respective competitions but to ensure that they are title contenders at the WWC.

Germany, France and the Netherlands’ Under-19 teams who excelled and qualified from Europe to the WWC U-20 proved their mettle and would go on to also do well at the senior WWC, the 2019 WWC is classic example.

Already, Ghana teams compete with these nations from a disadvantage – talents there look better honed due to their excellent training and facilities, while our ladies always have to struggle for support of any kind to prepare adequately for international competitions.

The least that can be done for the players selected is to give them a coach who has the exposure, experience, knowledge and confidence to match their counterparts from any country on those big stages.

Unfortunately, the changes the GFA has made for the Princesses will worsen their case, as they will be thrust onto that stage with a leader who will not be able to match the stakes.

This is not intended to do a personality comparison of the former and the newly appointed, both Fokuo and Basigi are very good friends and we have worked together at various levels.

After dedicating almost all my professional life to women’s football, it is not difficult for me to share my thoughts on who can better do the job between the two.

While the intention is not to play down the capabilities of anyone appointed to handle the Princesses, I don’t think it is in the interest and the aspirations of the team to give them a coach who has very little to show for in terms of performance and achievement in the game, let alone specifically in women’s football.

It is good to give people the chance to show what they are capable of, but when there are clear-cut objectives to be achieved, enthusiasm and interest will not be enough.

Achieving that objective would require someone who has the know-how to get the job done. Experience will be important, but it has to be in the right field and that is why on this specific score, the GFA is wrong.

Of course, unless, the target for the Princesses is to go and make up the numbers and not to make an impact.

On paper and in experience, Fokuo is not what the Princesses need right now. He is a good coach, but he has very little to show for it.

On the occasions he has been with any of the female national teams, he was an assistant.

It is difficult for anyone who has closely followed the game to point out a tangible achievement he has in a coaching career that has spanned 20 years - most of it with male teams.

Comparatively, Basigi has dedicated all his coaching career to women’s football, developing from the grassroots up to the national level.

Aside from his achievement with the national teams both as an assistant and the head coach, he has continuously built his capacity to be better as a gaffer for women’s football.

Indeed, after his performance at the 2018 U-20 WWC in France, he was offered an opportunity to upgrade his skills in women’s football coaching with German side, ATS Buntentor e.V. at Bremen.

He has built a career in this field and women’s football stand to benefit from it.

While it is the prerogative of the GFA Executive Council (ExCo) to appoint and assign coaches without having to explain or justify their decision, this particular decision may be gain for the Meteors, but will very much hurt women’s football in general and the Black Princesses, the last team Basigi coached, in general.

If coach Karim Zito, has been retained to handle the Black Satellites due to his performance so far, it stands to reason that the same principle applies to the Princesses too.

If these appointments stand though, then Meteors’ gain will be Princesses’ pain. We should not wait till it happens again before we bemoan what should have been. The nation can not let such investment made to develop women’s football go to waste!

It will be a good premise to know the plans for the Princesses, the target and expectations for them as they soon begin preparations for the next Under-20 Women’s World Cup (WWC) next year.

If it is what we all expect, that they will for starts go past the group stage for the first time, then order must be restored – either Basigi is brought back to that role or another coach with a similar pedigree, interest and dedication must be appointed.