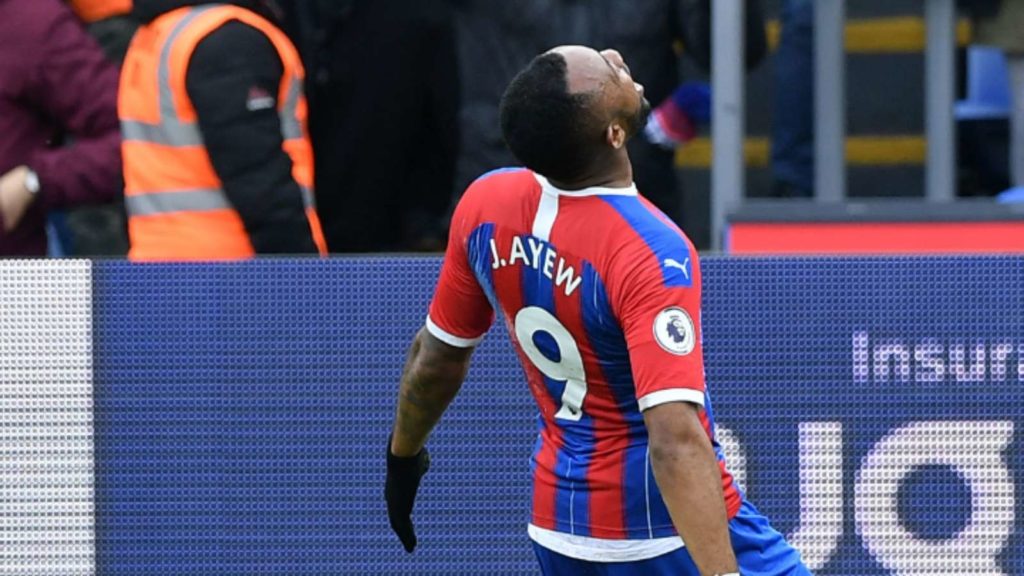 There must have been moments, since Jordan Ayew left FC Lorient for Aston Villa in 2015, when he regretted moving to the Premier League.

He was relegated with both Aston Villa and Swansea City, and there were groans from Crystal Palace fans when he was recruited on loan in 2018—let alone when he was signed for £2.5 million a year later.

The 2018-19 season was the only season in which Jordan spent a full season with one club in the Premier League and didn’t endure relegation at the campaign’s conclusion.

However, it was also his least productive campaign, as he ended the season with just one league goal, having lost his automatic place in Roy Hodgson’s starting XI midway through the campaign.

There would have been few complaints from Palace fans had he been jettisoned at the season’s end, and it’s telling that—even for a fee of £2.5 million—there was some discontent when he joined the club permanently.

At that stage, no one could have seen that, after 28 matches, he would have scored eight goals—already beating his best ever return for a Premier League season.

In fact, this is the most Jordan has netted in a single campaign since he scored 12 for FC Lorient in the 2014-15 season.

Once upon a time, Jordan was a striker—in the Prem at least—who would work hard for the team, press all day, but offer relatively little as a goal threat.

Recently, however, he’s demonstrated that he can be the Eagles’ main goal threat; more than that, he’s actually been essential to the Londoners’ pull away from the dropzone.

Considering the club’s next highest scorers are Patrick van Aanholt and Wilfried Zaha—both on a measly three goals—then Jordan’s contribution has been vital to Palace’s campaign.

Certainly, Palace’s lack of goal threat must be amended in the summer, but until then, Jordan has stepped up, defying expectations and reminding some supporters of his enduring qualities.

Of course, his wonder strike against West Ham United in December has generated the most attention, but there have been vital goals too.

Six of Jordan’s eight goals have come in games which the Eagles have won by just one goal; they’re rarely going to blow teams away, so having that player who can nab you a winner every now and again could prove to be worth his weight in gold.

Now 28, Jordan will probably never become the player many had hoped he’d become when he burst onto the scene with Olympique de Marseille in 2009, winning the Ligue 1 title in his first campaign.

10 years ago, anything seemed possible for a player of his pedigree—the son of Abedi Pele, no less—yet that French title proved to be the greatest triumph of his career.

Despite being over six foot, he’s no menacing presence in the end, despite occasion shows of flamboyancy and technical flair, he’s no maestro, and despite his clear finishing ability, it still represents a marvellous achievement that he’s scored a fairly modest eight goals!

There are moments—that strike against West Ham springs to mind—when glimpses of his father, the grace, the agility, the audacity, are evident, but what we’re getting this season is probably as good as it’s going to get.

Nonetheless, it’s been a remarkable contribution from a player of whom—recently at least—so little has been expected, and there’s no African in the league who’s either surpassed expectations so dramatically nor proved to be so central to their side’s fortunes as Jordan.