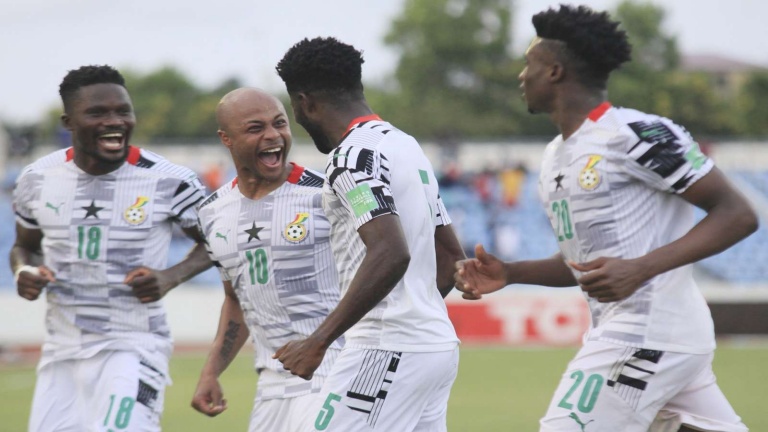 Morning radio in Ghana was a ‘bloodbath’ the day after Ghana lost 1-0 to Morocco at Cameroon 2021. Journalists, former footballers and administrators, and thousands of ordinary Ghanaians were out in force expressing their opinions about the Black Star’s capitulation to Morocco in their opening match on Monday.

The knives were truly out, and the unanimous verdict was summed up in former Ghana Football Association (GFA) Chairman Nyaho Nyaho Tamakloe declaration that the Black Stars are substandard and would not advance beyond the group stages of Cameroon 2021

This rather damning conclusion is a familiar refrain uttered at every tournament that Ghana makes a poor start to. It is however not altogether unfounded. This crop of Black Stars is indeed substandard, assuming the standard is any of the great teams of the 1990s and circa 2006 to 2010.

This is a team undergoing a rebuild with so many positions subjected to a revolving door that started under Coach C.K Akunnor. Afcon 2021 has probably come too early as a test of the real mettle of this team. To expect as much as Ghanaian football fans do from this team – victory in Cameroon – is not only unrealistic but dangerous for team building. It is especially the case when none of the previously-mentioned great iterations of the Black Stars managed to win the trophy.

To put the Ghana situation in context, the country last won the African Cup of Nations in 1982. Milovan Rajevac’s half-baked side simply have the misfortune of chasing the elusive fifth title on the 40th anniversary of the championship win in Libya. The mismatched expectation has been fueled in no small measure by the impractical target the Government and GFA have set for the team – to win the cup in Cameroon.

Ghanaians expect every Black Stars line-up to walk over any African opposition they face irrespective of squad depth or form. When this does not materialise, that team of Black Stars players are simply not good enough. Strangely, despite numerous resolutions by fans to stop supporting the senior national team, it is very evident from the hurt and vexation expressed after last Monday’s loss to Morocco that reports of Ghanaians’ disinterest in the Black Stars' participation in tournaments are greatly exaggerated.

What cannot be exaggerated is the arrogance Ghanaian football administrators and supporters strut around with expecting to win every tournament – this haughtiness is the font of our lofty expectations and must be jettisoned, immediately. Ghanaian supporters must begin to look at the current Black Stars team as a medium to long-term project for the 2023 Afcon and 2026 World Cup respectively. A creditable Afcon outing and qualification for the 2022 World Cup would be a welcome bonus rather than a deserved windfall.

For now, the loss to Morocco must not be looked upon as all doom and gloom. A second late or an inch short in Moroccan Goalkeeper Yassine Bounou’s dive in the 73rd minute to tip-around Joseph Paintsil's goal-bound curler and the story could have been different.

There are parallels between the Cameroon situation and Ghana’s campaign in Angola 2010 where a motley crew of veterans and youngsters powered by Asamoah Gyan’s goals overcame a 3-1 first group game loss to Côte d'Ivoire to embark on a remarkable title push that only the great Egypt could halt in the final.

A similar tilt at the Afcon title in 2022 looks far-fetched especially when Milovan Rejavac lacks the reliable goal scorer that he so badly needs to execute his preferred smash-and-grab approach to tournament matches. The team also showed clear signs of not having fully adapted to the coach’s famed tactical discipline, a symptom of how little time they have spent together in preparation for this tournament.

That said, the Black Stars have a way of surprising when least expected and one can only hope that rock-bottom expectations following the Morocco defeat will propel them to turn things around against Comoros and Gabon.

Sammy Bartels is a Lawyer and Sports Journalist