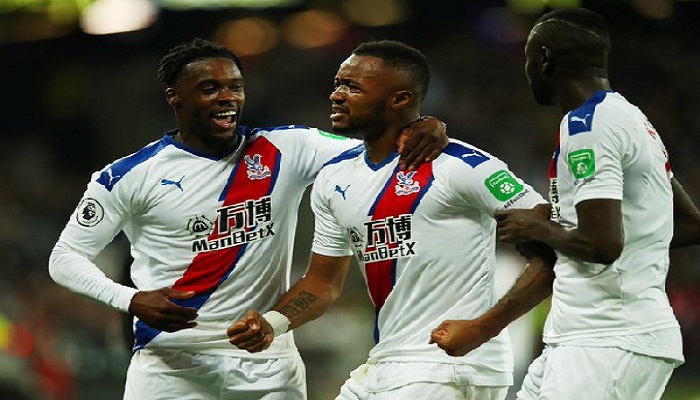 If the Premier League handed out a most improved player award at the end of the season who would be your frontrunner?

Fred and Scott McTominay have made significant strides at Manchester United, Dominic Calvert-Lewin has come on leaps and bounds at Everton and Mateo Kovacic has excelled in Chelsea’s midfield.

But has anyone transformed to the same extent as Jordan Ayew at Crystal Palace?

The 28-year-old has gone from one goal in 20 appearances last season to eight in 28 so far this campaign.

With nine games to play, should the season not be made null and void, he has already set his highest Premier League tally and could still eclipse his best total in any league (12 at Lorient in 2014-15).

Not the most startling of numbers weighed up against the league’s big hitters but context here is everything.

First let’s consider that Palace are the Premier League’s second most shot-shy team (287) after Sheffield United (285).

His contribution of almost a third of their goals has made up for Wilfired Zaha’s reduced contribution, Christian Benteke’s omnipresent crisis of confidence, and a squad where the next most prolific (Zaha and Patrick van Aanholt) has found the net just three times.

Most importantly, Ayew’s goals have also been big ones. Every single effort has contributed points - three in 1-0 wins, three in 2-1 victories and two more in 1-1 draws against Arsenal.

Strip away those goals and Palace would be on 22 points instead of 39, second from bottom instead of comfortably secure in 11th and still an outside shot of the Europa League. Other players have won more points but no one has won such a high % of their teams.

Ayew has also developed a habit of making something from nothing and it is worth bearing in mind that nine of his appearances have come on the wing.

His total xG this season is 6.79, he has registered 44 attempts and touched the ball only 71 times in opponents’ penalty areas.

That last figure is less than half the number of Roberto Firmino, who has found the net the same number of times and attempted 82 shots.

The only player to have scored eight or more and had fewer touches in the penalty box is Tottenham Hotspur’s Dele Alli.

At the same time, Hodgson has extolled Ayew’s other attributes, a textbook reaction from the veteran manager who can often on the surface seem contrarian for the sake of it. This assertion is entirely correct, though.

“His contribution without goals is enormous,” Hodgson said at the end of February.

“That work rate, that desire, that constant thorn in the opposing team’s defence. And also when we lose the ball, he’s so quick to get back in position and help us out defensively.”

Ayew ranks in the top five among forwards for tackles, only Danny Ings has attempted more defensive actions in total, and considering the large time Palace spend without the ball that contribution has been vital.

But when a line is eventually drawn through this season it should be remembered as one where a player whose signing was met with groans from Palace supporters became one of the most underrated in the entire country and an indispensable cog in a squad exceeding expectations.