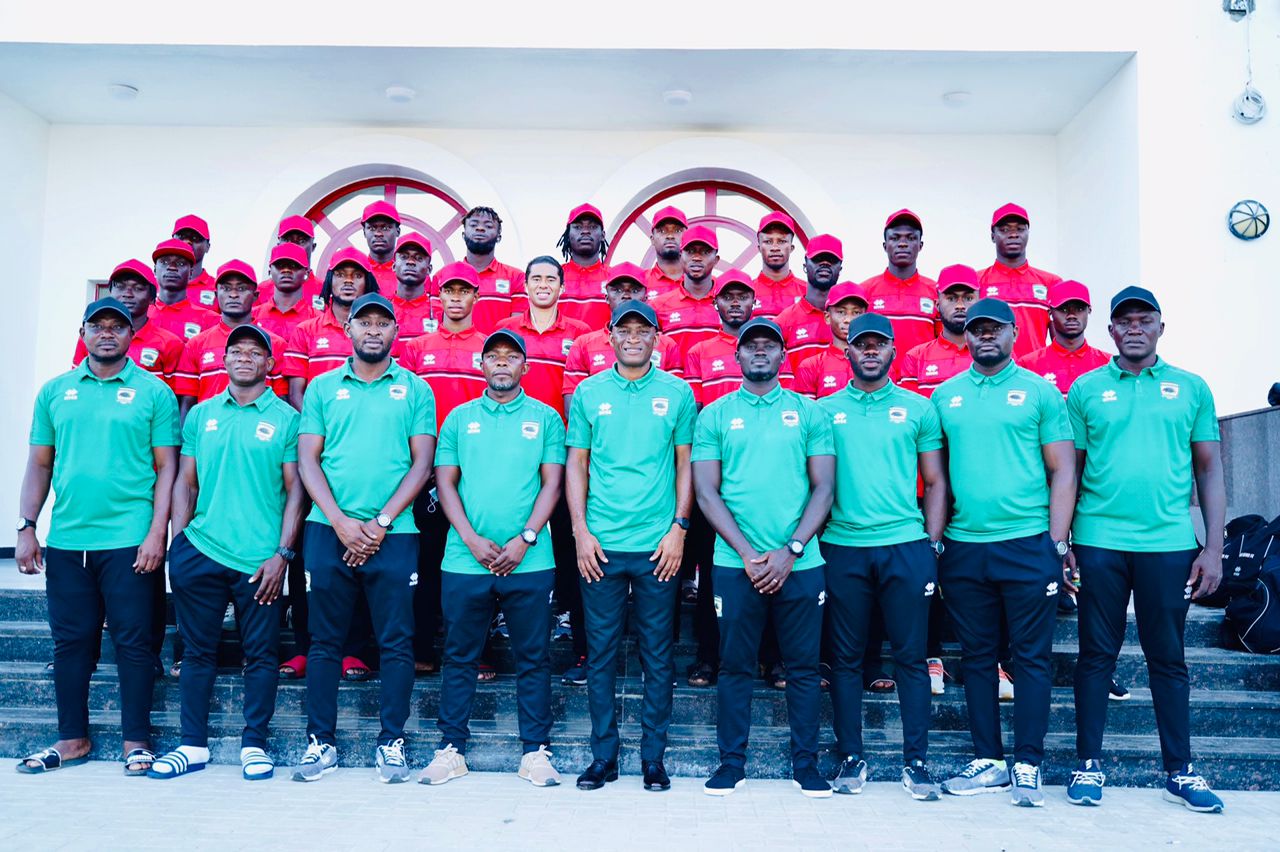 “In the long term, I want to make Asante Kotoko become like WAFA in the next five years”.

One of the first statements of Nana Yaw Amponsah following his appointment as the figurehead of the management of Kumasi Asante Kotoko.

This became front-page news, and many porcupines thought his statement was thoughtless; that was clearly a demotion.

"I said I want to build a WAFA-like team with the impression that, I want to rely more on our youth in the coming days," Amponsah told Oyerepa FM.

“Strengthening our youth teams to get 10 players from our youth side will improve the team and give quick results since those players won't face any adaptation problem."

"Imagine having a team blend with our youth and experience players backed by this huge Kotoko fan base, we can even beat Hearts by 6, 7 or 8".

Nana Yaw Amponsah needed further interpretation of his own words. Clearly, annihilating his bitterest rival is his biggest dream.

Nana Yaw Amposah’s first season didn’t go too well, his excuse for a trophy-less season wasn’t anything technical. He believes his side could have won the league with some points to spare had they played at their traditional home grounds.

However, the massive changes after just a couple of months probably indicate that there were other problems not just playing away from home. This newly proposed WAFA-esque policy did not take too long to commence.

In fact, it started with shipping out about fourteen players and bringing in equal number but relatively younger ones. Then, snatching of the head coach of WAFA, Dr Prosper Ogum Nartey.

Prosper’s biggest achievement in the league is a top four finish, but he has an enviable ability of harnessing and bringing the best out of young or amateur footballers. He is a student of sweet possessive and interposition football, which obviously needs much time to reach its full bloom. Will the fans agree to this new Kotoko?

Two legends of the club have diverse views on the new policy of the club. James Kwasi Appiah, ex-skipper and head coach of Asante Kotoko has publicly heaped praises on the new gaffer but called for patience from the fans.

"Prosper is very intelligent, humble, hardworking and competent on the job so I strongly believe he can help the club back to its glorious days.

"A lecturer who has practiced what he teaches and believes in good football is all that Kotoko needed, and I know he can make the club flourish. We need to give him enough time, exercise patience and he will deliver." Appiah told ATL.

“Kotoko cannot be like WAFA. Kotoko are not WAFA, what have been the positions of WAFA in the Ghana league in recent years? We all need the team to do well, Kotoko needs established and already made materials with experience not young players. I don’t agree with them when they say they want to build a WAFA-like team. They should think about this very well.” He claimed.

Kotoko’s key message even before the start of the season should precondition the minds of their impatient fans towards the upcoming season. People must understand that the new policy of the club is more about the future rather than today’s success.

Dyed-in-the-wool Kotoko fans see their club as one made from the clear empyrean above and do not take defeat as one of the possible outcomes of a football game. The most difficult task is to be able to convince these fans to reduce their expectations for next season.

The boos, the whistles, the ohs and the ahs from the overly expectant fans in Baba Yara, will only knock out the confidence of these young and new players in the pursuit of arguably ‘unachievable’ holy grail. That incontrovertibly, will turn the blue sky grey and no sunshine could get through. The WAFA-esque dream won’t materialize.

Thereafter, a steep decline and probably another truckload of talented footballers will be shipped out of Adako Jachie, yet again. Asante Kotoko must appoint a communication specialist.

An expert who will do a proper segmentation of the fans and draw an effective communication strategy that will reach out to each of the folds. The diverse segments will provide clues to how each fan behaves and what they are likely to accept or reject.

The European Club association in their research work “Fan of the future, defining modern football fandom” proposed six different segments of football fans, which can be adopted locally but only after some research is done by the communication experts. ECA’s segmentation was based on frequency of engagement and depth of football following.

This will draw a clear distinction between a passive and an active fan of the club. The latter are usually difficult to convince. The experts will then understand the behavioral and emotional differences of each supporting group.

The success of the communication strategy will be key to achieving Kotoko’s overarching objectives.

Its failure will spell doom for virtually everybody involved in the management of the club. The upper echelon of the club, rich, affluent and highly revered people will definitely have their fair share of the vocal jabs.

Therefore, the management of the club must use their highly respected board members as ambassadors of their communication strategies.

As legendary American writer Max DePree said, “The first responsibility of a leader is to define reality. The last is to say thank you. In between, the leader is a servant”. What is the reality at Kotoko? Obviously a change in policy, which must be well communicated to the people.

“The very essence of leadership is that you have to have a vision. It’s got to be a vision you articulate clearly and forcefully on every occasion. You can’t blow an uncertain trumpet”. - Reverend Theodore Hesburgh.

Furthermore, the relationship between management of Asante Kotoko and some section of the media cannot be anymore sour.

The media are the external frontliners of the communication strategy, powerful stakeholders of the sport.

It is only wise to advertently create a healthy relationship with them. Management must eat their humble pie and build a good rapport with the media.

The communication team must occasionally organize a press soirée where they will jaw-jaw and bring the press up to speed on the progress of their adopted policy. This will foster a good working relationship with the press and obviously with the fans.

Also, there’s a clear case of disunity among the directors of the club which allegedly caused the near resignation of Dr. Kwame Kyei. This division will render all efforts futile and must be solved amicably.

Unfortunately, Asante Kotoko lost their first pre-season match against Al Hilal United, a lower tier side in United Arab Emirates. This result shouldn’t spark controversy anywhere if the supporters understand the new direction of the club.

They will stand by the team in darkness and then rejoice with them in their full bloom.