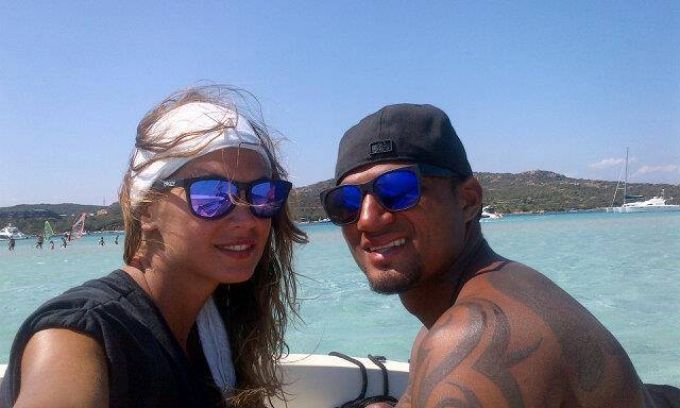 The end of a love story is never easy. The pain is severe, at times excruciating, as is the knowledge that you have failed. The elaboration of what is called a true sentimental mourning takes time, space and often silence.

And silence is what Melissa Satta missed in the first weeks after her separation with Kevin-Prince Boateng .

The gossip has forced the tones, changed the words, widened the meshes of the discomfort of the woman who was a guest at Verissimo . In front of an attentive and participating Silvia Toffanin she opened her heart and told her version of the story.

Saturday's episode reserved strong emotions for viewers. The interview with Francesco Sarcina , who confessed his drug problems, was one of the most touching moments of the show.

When a love ends

The one between the former tissue of Striscia la Notizia and the Monza footballer was a beautiful love story, crowned by the arrival of Maddox. The crisis that hit the couple surprised everyone because nothing bodes well for such an epilogue. Melissa and Kevin tried to mend their love for their son's sake and it seemed they had succeeded. In early December, however, they put an end to their marriage.

It is not easy for Melissa to deal with the end of her relationship with the footballer, just as it is not easy to explain to a child of just six that mum and dad are no longer together. The two parents initially set it up as a game until Maddox realized and suffered.

Thanks to the commitment of Satta and her ex-husband, however, the child was able to adapt very quickly to the change of life, thanks to the affection of two parents who decided not to go to war in the name of the love that binds them to their son . Kevin and the former tissue today are two adults aware that over the years they have changed, have adapted to the transformations of life and do not deny anything they have shared.

If in the first part of the interview Melissa Satta appeared moved and with shining eyes, in the last sequences her voice became sharp.

The woman in fact cited a recent episode of gossip that made her relationship with a married man, Matteo Rivetti, on the front page. A person, she pointed out, that she doesn't even know.

The story with Boateng was clear, free of gossip and the end was not imposed by any extra-marital relationship. Love can end without necessarily the interference of third parties. And being a public figure does not justify the lies.

The woman, however, said she was ready to leave and to meet a new love with which to give a brother or a sister to little Maddox.

The past months have been very hard for the woman. To torment her there was not only the breakup of her marriage but also Covid which surprised her with important symptoms such as high fever and severe headaches.

After the woman left the scene, Verissimo's afternoon continued with the interview with Francesca Sofia Novello , Valentino Rossi's girlfriend , and Jo Squillo who told about the recent death of her parents.