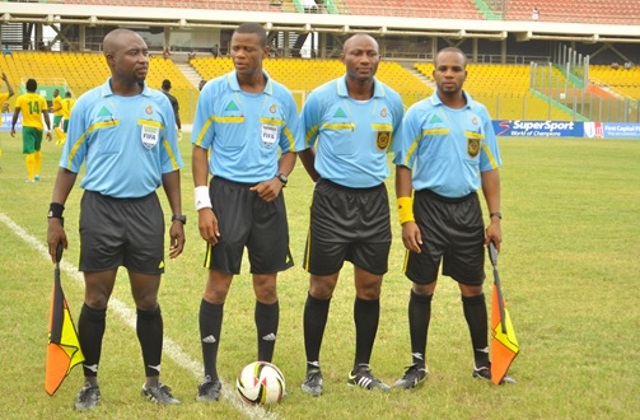 Unto us the Referees Association of Ghana is born anew Referees Manager. And under his authority and direction, henceforth all-league referees shall operate.

This is part of the change that Kurt Okraku’s regime has promised us. We had one referee’s manager during the old FA regime but his appointment, as I was told, was done for just “political” reasons.

Just to satisfy his ego and keep him in check and to keep him from worrying the GFA; because he falsely believed that without him nothing should go right in refereeing administration. The strategy was to bring him close to the powerhouse of the FA. But regrettably, this plan did not really achieve its purpose till he went on retirement.

However, a critical examination of the method and process of the new manager and his publicised duties and responsibilities and his general acceptance and tolerance by the referees and the GFA itself shows that a real change has come.

It is, therefore, hoped that he will enjoy the co-operation and assistance that is required by all stakeholders, especially the executive members of the RAG.

The RAG as a body constitutionally is affiliated to the GFA as one of its constituents. It is part of the GFA Congress and takes part in the election of its President. But as the position and office of the Referees Manager stabilises and develops in strength and performance, so will the authority and importance of the RAG reduce.

Fact is, the GFA would like to keep a firm control and grip on referees who would be chosen to participate in its leagues and football matches. Such referees could be asked and prevailed upon to exclusively register and deal with the GFA. That would be in conformity with what prevails in many jurisdictions of football. As an association, we should prepare for that day.

The situation where the RAG frequently threatens the GFA with going on strike for delayed payments of arrears of referee’s allowances is frowned upon by the GFA and regarded as sabotage. Again, the way selection of referees for the League List is rumored to be based on regional bias and other negative considerations do not please the FA.

With the appointment of the new referees manager, it is expected that performance and competence would reign in the positioning of referees for the job. Definitely, the GFA is stronger and in better position to discipline and control referees to perform better. We hope Mr Alex Kotey would be up to the task and his appointment would be a gain for refereeing.